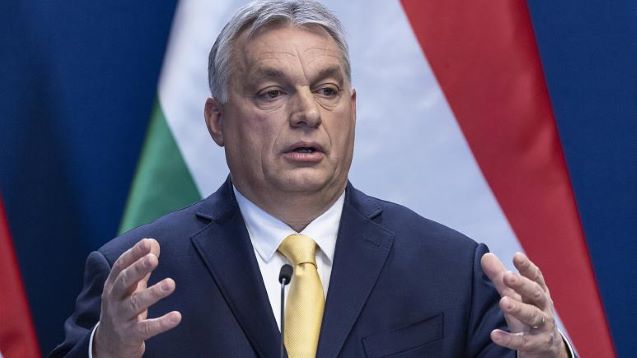 The EU’s executive has recommended that billions of euros of funding for Hungary should be withheld because Viktor Orban’s government has failed to enact widespread reforms.

In total, the European Commission recommends that €13.3bn (£11.5bn) of EU money should be put on hold in budget and Covid recovery funding.

Hungary’s government has been accused for years of democratic backsliding.

But it badly needs the money, as the economy struggles and inflation surges.

The proposal to freeze EU money is made up of two pay-outs:

The Commission said on Wednesday that it had decided to endorse Hungary’s Covid recovery plan, but said no pay-out was possible until Budapest had “fully and correctly implemented” 27 milestones on judicial reforms, as well as measures under a national recovery plan.

While the Orban government can take some comfort from the fact that its recovery plan was approved, the EU’s plan is a major setback.

Speaking to reporters in Budapest on the eve of the announcement, Tibor Navracsics, the minister responsible for the negotiations, said his government had fulfilled all the conditions required of it. In particular, it had set up a new integrity authority and an anti-corruption taskforce.

Mr Navracsics blamed any delay in the unfreezing of funds on pressure from liberal and left-wing groups in the European Parliament.

Last week, the parliament warned of the risk of EU funds being misused by the Hungarian government. It recently approved a report accusing Viktor Orban of creating an “electoral autocracy”.

Hungary’s leaders have been repeatedly accused of democratic backsliding and “state capture” since Mr Orban’s Fidesz party returned to power in 2010.

Under a new 2011 constitution, the electoral system was altered to cement the party’s power, and the Constitutional Court was transformed into a largely tame and ineffective body. Since then, pressure on judges has increased, reducing the independence of the courts, and several important media have either been closed down or taken over by pro-government businessmen.

Banks, businesses, and part of the retail sector were also concentrated into “friendly” hands.

The €4-5bn received by Hungary each year from the European Union often found its way to business circles close to the governing party, including relatives of the prime minister. Meanwhile, Mr Orban lost no opportunity to attack “Brussels”.

Rights groups have also accused his Fidesz government of attacking academic and press freedom, as well as minority and LGBT rights.

The current move to suspend funds to Budapest can be traced back to a new willingness in the EU to make funds conditional on respect for the rule of law and transparency, and to a growing European fatigue with Mr Orban’s abrasive political style.

Although the money the Commission aims to set aside relates to stalled reforms, the government in Budapest has also angered its European partners over its response to the war in Ukraine.

Budapest has dragged its feet on EU support for Kyiv and, on Tuesday, Hungary’s foreign minister Peter Szijjarto refused to allow his Ukrainian counterpart to join a Nato meeting in Brussels, citing reductions in the rights of the Hungarian minority in Ukraine.

In its recommendations on Wednesday, the Commission laid out binding milestones that had to be met before the cash was paid.

“Hungary has unfortunately not implemented the remedial measures,” said EU Budget Commissioner Johannes Hahn. Although it had moved in the right direction, important weakness remained and Budapest was still far away from where it had to be, he added.

A final decision will be made next month by EU finance ministers and leaders of the EU’s 27 member states.__BBC.com 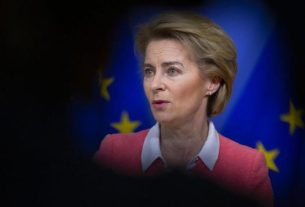 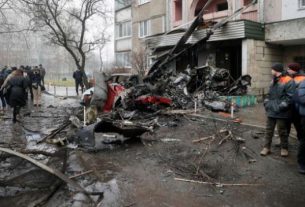 At Least 15 Dead in Helicopter Crash, Including Ukrainian Interior Minister 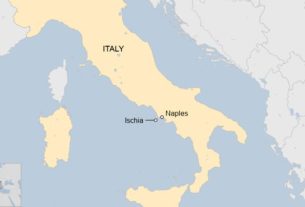 Italy landslide: Deaths feared after homes swept away in Ischia