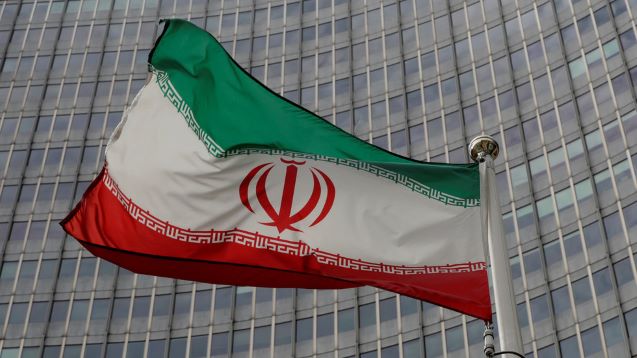 US Secretary of State Antony Blinken on Monday backed a proposal from the European Union to try and salvage the Iran nuclear deal.

“It’s very consistent with something that they put forward in March that we’ve we agreed to,” said Blinken. “But it remains to be seen whether Iran is willing and able to move forward.”

The Joint Comprehensive Plan of Action (JCPOA) was established in 2015, but the US withdrew from the deal in 2018 under former President Donald Trump.

Blinken has indicated that the US is “prepared to move forward on the basis of what’s been agreed,” but hopes of reviving the deal are uncertain as Iran continues to breach its commitments under the JCPOA and grows its nuclear arsenal.

“It is not a perfect agreement, but it addresses all essential elements and includes hard-won compromises by all sides,” said EU foreign policy chief Josep Borrell, who has been facilitating the negotiations.

“Decisions need to be taken now to seize this unique opportunity to succeed, and to free up the great potential of a fully implemented deal. I see no other comprehensive or effective alternative within reach,” he added.

Iran has indicated that it is ready “to conclude the negotiations in a short order, should the other side be ready to do the same.”

“We shared our proposed ideas, both on substance & form, to pave the way for a swift conclusion of Vienna negotiations which were aimed at fixing the damaging complicated situation caused by the U.S. unilateral & unlawful withdrawal,” Iranian Deputy Foreign Minister Ali Bagheri Kani tweeted on Sunday.

“We work closely with our JCPOA partners… to give another chance to the U.S. to demonstrate good faith & act responsibly.”

Blinken said “the EU has put forward a best proposal based on many, many months of discussions, negotiations, conversations.”

“We continue to believe…that would be the best path forward — a return to compliance on both sides to the JCPOA, to make sure that we are putting Iran’s nuclear program back in a box and averting any kind of crisis.”

Blinken’s words come as the US and Israel are conducting joint military exercises in the Red Sea.

Three US Navy vessels — including a small destroyer with air-to-air missiles, cruise missiles for long-range land attacks and torpedoes — are working with two Israeli vessels in the joint maritime drills.

“The exercise is a bilateral training event between US Fifth Fleet and Israeli naval forces that focuses on mission planning, maritime interdiction and other drills at sea,” the US Navy said in a statement.​​​​​​​

The military exercises come just months after a new task force was formed in April, focusing on patrolling the Red Sea. The mission also prioritizes countering mines and weapons-smuggling networks linked to the Houthi rebels in Yemen and ensuring the safe movement of commercial vessels in that region.__The Nation