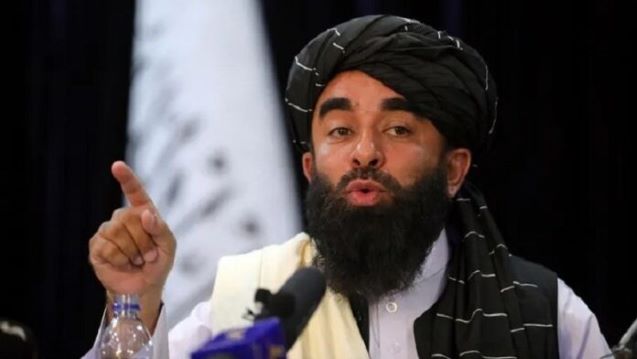 KABUL: Following the US drone strike in Kabul — which killed al Qaeda leader Ayman al-Zawahiri — Taliban spokesperson Zabihullah Mujahid said that such actions were against the interests of the US, Afghanistan and the region.

In a statement, Mujahid said that the “IEA [Islamic Emirate of Afghanistan] strongly condemns this attack on any cause and calls it a clear violation of international principles and the Doha Agreement.”

He maintained that “such actions” were a repetition of the “failed experiences of the past 20 years” and were against the interests of the US, Afghanistan and the region. “Repeating such actions will damage the existing opportunities,” it added.

According to the statement, an airstrike was carried out on a “residential house in the Shirpur area of Kabul city” and “the nature of the incident was not revealed” at the outset.

The spokesperson stated that security and intelligence agencies of the IEA investigated the incident and in their preliminary investigations found that the attack was carried out by drones from the US.

The US conducted a “successful” counterterrorism operation against a “significant” al Qaeda leader Ayman al-Zawahiri in Afghanistan over the weekend, a senior administration official said.

US officials, speaking on the condition of anonymity, said Zawahiri was killed when he came out on the balcony of his safe house in Kabul on Sunday morning and was hit by “hellfire” missiles from a US drone.

“Now justice has been delivered, and this terrorist leader is no more,” US President Joe Biden said in remarks from the White House on Monday.__Dawn.com