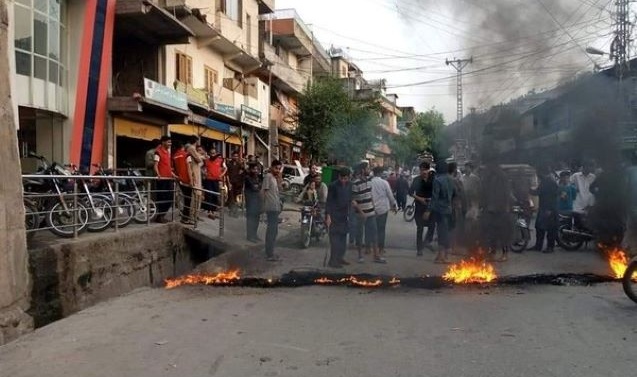 Prime Minister Azad Kashmir Sardar Tanvir Ilyas Khan has said that a high-level committee headed by Minister of Law and Tourism Sardar Faheem Rabbani has been formed to negotiate with All Parties People’s Rights Forum (APPRF) at Rawalakot to settle the issues amicably.

The PM, during a meeting with cabinet ministers, legislators and party leaders here on Saturday, said that a six-member committee comprising of Education Minister Schools Diwan Ali Chughtai, Higher Education Minister Malik Zafar, Minister of Energy & Water Resource Chaudhry Arshad and former assembly candidates Sardar Nayyar Ayub and Sardar Arzish had been tasked to hold talks with the APPRF to discuss in detail the issues and demands of the forum.

While terming the PTI government as the guardian of public interests, the PM said: “Government is committed to resolve the problems being faced by people on priority basis. The government would leave no stone unturned in solving public problems.”

He said that the government was ready to remove the ambiguity being created by some vested interests regarding the 15th Constitutional Amendment and the Tourism Act . The public, he said, was being misled by feeding wrong and baseless information.

The PTI government, he said, would not take or accept any decision contrary to Kashmir’ national interests, the unity and identity of the state and the freedom movement. “The corrupt elements will not be allowed to foment trouble in the liberated territory”, the PM added.