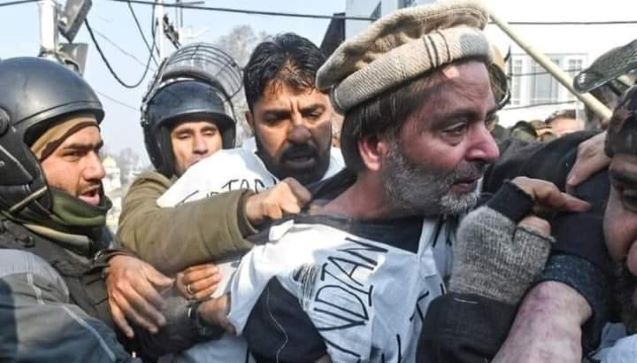 In a statement, the Foreign Office said Malik was already serving a life sentence awarded to him after a “sham trial” by an Indian court on May 25, 2022.

“Yasin Malik is also being denied the right of personal appearance in the ongoing trial, in complete contravention of legal and democratic norms,” the FO regretted.

The statement said India had employed judiciary as a tool to damage the morale of Kashmiris by subjecting their leadership to “flagrant prejudice”.

The FO pointed out that Malik, having been left with no legal recourse, eventually took the “desperate decision of going on a hunger strike unto death from July 22, 2022.”

The inhuman incarceration of Malik, his sham trials under fabricated cases, his fallacious conviction and the malfeasant attempts at defiling the legitimate struggle of the Kashmiris for their right to self-determination as “terrorism” is nothing but further corroboration of India’s known credentials of being a serial violator of human rights, the FO said.

“The Kashmiris’ struggle for the right of self-determination is indigenous and cannot be dampened by the draconian strong-arm tactics of the Indian government.”

It urged the Indian government to refrain from “victimising the true representatives of Kashmiri people by way of inhuman detentions and implication in baseless cases”.

The FO called upon the international community to take cognisance of “India’s inhuman and illegal detention and treatment of Malik and ensure that the Kashmiris are given the opportunity to exercise their right to self-determination as espoused under the relevant UNSC resolutions”.