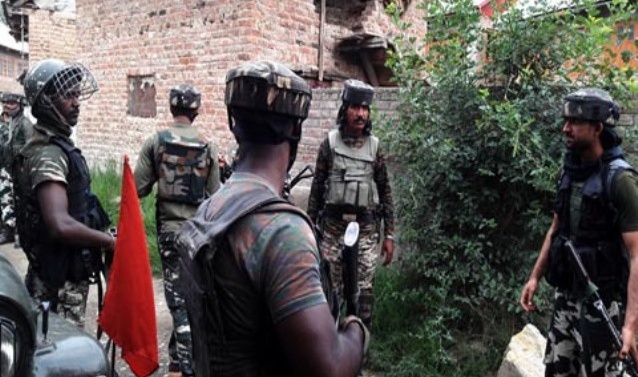 Srinagar, July 17: A Central Reserve Police Force (CRPF) ASI was killed after a joint party of security forces was fired upon by terrorists at Gangoo crossing in south Kashmir’s Pulwama district on Sunday.

“Terrorists fired upon Naka party at Gangoo Crossing Pulwama from nearby Apple orchard.

He was shifted to hospital for treatment where he attained martyrdom. Area cordoned off. Search in progress, ” a police spokesman said. The whole area has been cordoned off to nab the attackers while more details are awaited.__GK News