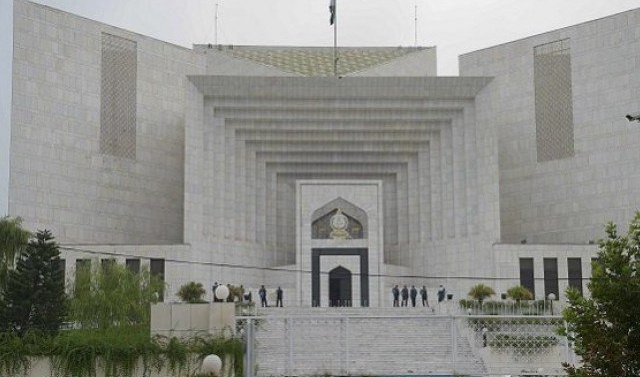 ISLAMABAD: The Law and Justice Commission of Pakistan (LJCP) has questioned the World Justice Project (WJP) report wherein the country was placed among the lowest ranked states – 130 out of 139 – in its adherence to the rule of law.

The LJCP is a federal government institution, headed by the chief justice and comprises other members including the Federal Shariat Court chief justice, high courts chief justices, attorney general for Pakistan, secretary, law ministry and National Commission on the Status of Women chairperson.

The commission comprises four other members – one from each province – appointed by the federal government on the recommendation of the chairman, in consultation with the chief justice of the concerned high court from amongst the persons who are or have been holders of a judicial or administrative office, eminent lawyers or jurists, persons of repute and integrity from civil society, members of the Council of Islamic Ideology or teachers of law in a university or college.

The LJCP issued a statement wherein it stated that the WJP report is based on a perception rather any data.

“The World Justice Project’s (WJP) Rule of Law Index 2021 report published in October 2021, has placed Pakistan among the lowest ranked countries in its adherence to the rule of law (ranking 130th out of 139 nations).

The WJP defines the Rule of Law on four (04) principles: Accountability, Just Law, Open Government and Accessible and Impartial Justice. The Index measured the rule of law in countries around the world depending upon the experience and perception of the public on the basis of Nine (09) Factors monitored under Constraint on Government Power, Absence of Corruption, Open Government, Fundamental Rights, Security and Order, Regulatory Enforcement, Civil Justice, and Criminal Justice and
Informal Justice.

Prima facie, the WJP’s theoretical framework of evaluation (the 4 principles, 9 factors and 44 sub-factors) appears robust, however, the Law and Justice Commission’s assessment of their application in general and on Pakistan in particular finds certain avoidable gaps.”

The statement said that only two factors out of the nine, deployed for determination of rule of law index across countries, relate to judicial system i.e. civil justice and criminal justice, while the remaining seven relate to the governance system, executive efficiency and behavior of the society.

In civil justice, Pakistan was globally ranked at 124 out of 139 jurisdictions, while in criminal justice it was placed at 108 amongst the 139 countries. It may also be noted that besides the judiciary, these two factors involve other state departments such as the police, prosecution, prisons and the lawyers’ community including the general public.

It added that in a traditional and heterogeneous society the casual behaviour of the general public towards litigation hampered its expeditious disposal.

“However, these underlying factors are not in the control of judiciary anywhere in the country and have been overlooked in the Report.

The methodology employed to arrive at the results has raised a number of questions e.g. General Population Poll (GPP) was not carried out afresh when the Rule of Law Index, 2021 was published.

In Pakistan, Gallup Pakistan conducted face-to-face interviews with 1,000 respondents in 2019 from unidentified cities and this data was used for the Index 2020 and the current year’s Index ranking too.” “The respondents selected were not only regionally limited but also no information has been added whether they had any direct exposure or experience of interaction with any legal or justice sector related department in Pakistan.

Survey based on such a small sample, limited areas and unrepresentative selection does not accurately reflect the opinion of 230 million population. Daily Freedom Post