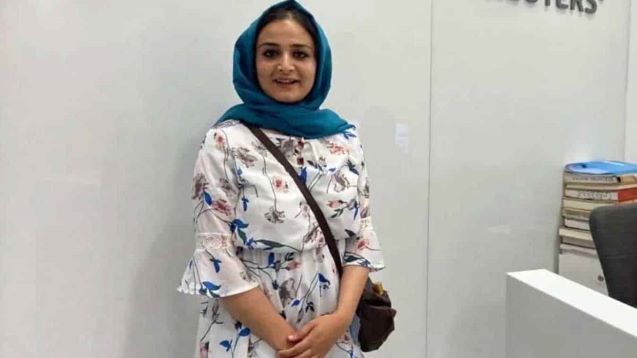 A Pulitzer Prize-winning photojournalist from Indian-administered Kashmir says she has been barred from travelling abroad by the Indian authorities who provided no valid reasons for their refusal.

Sanna Irshad Mattoo told Al Jazeera she was scheduled to travel to Paris from New Delhi on Saturday for a book launch and photography exhibition as one of the 10 winners of the Serendipity Arles Grant 2020.

Mattoo, a resident of Srinagar, won the Pulitzer along with three other members of the Reuters news agency for their photos on the COVID-19 crisis in India.

“My flight was scheduled on Saturday afternoon. At the immigration, I was put aside and told to wait for three hours. I kept on asking the officials about the reasons until I missed the flight,” the 28-year-old journalist said.

Mattoo said she was later told she cannot fly abroad. “But they provided no explanation,” she said.

“This is insane, there is nothing against me. One of the officials told me I should check the reason from Kashmir from where directions had come. I don’t understand why I was stopped,” Sana told Al Jazeera by telephone from New Delhi airport.

“I am very disheartened. I was looking forward to this opportunity for a long time.”

Mattoo shared photos of her tickets and passport stamped with “Cancelled without prejudice” by the Indian immigration officials on Twitter.

Journalists and media watchdogs have criticised the move, calling it a “disturbing pattern”.

The Committee to Protect Journalists (CPJ) said the Indian government “must immediately end its practice of barring Kashmiri journalists from foreign travel”.

“The travel bans are part of a systematic pattern of harassment against Kashmiri journalists, who have increasingly faced arbitrary arrest, frivolous legal cases, threats, physical attacks, and raids since August 2019,” it tweeted.

In recent years, a number of Indian journalists and activists have alleged they were stopped from travelling abroad by the Indian authorities.

In April this year, Aakar Patel, the former head of Amnesty International in India, said he was stopped from flying to the United States because of a criminal case filed against the rights body’s India office in 2019.

The authorities said Patel was on the Central Bureau of Investigation’s “lookout circular”, which prevents a person wanted by law enforcement agencies from flying abroad.

Days earlier, prominent Indian journalist Rana Ayyub was also barred from boarding her flight to London where she was scheduled to address an event on the targeting of journalists in India. She was later allowed to fly after she approached a court of law.

In 2019, Kashmiri journalist Gowhar Geelani alleged he was stopped at New Delhi airport from travelling to Europe.__Al Jazeera