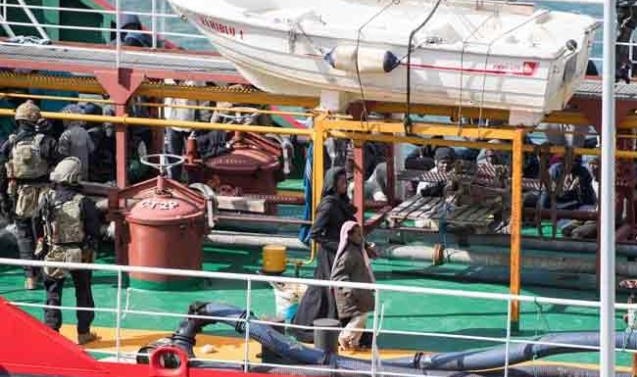 A Turkish captain has saved the lives of some 95 irregular migrants abandoned on the Mediterranean Sea off Malta.

Some 92 Bangladeshi, two Egyptians and a Moroccan were trying to pass from Africa to Italy in a dinghy.

According to local reports, a Maltese Coast Guard aircraft detected the dinghy and made an official Mayday signal.

Özcan Dereli, the Turkish captain of the Vanuatu-flagged M/V Aslıhan ship, who received the signal, shifted course, and reached the migrants.

Taking the migrants on the deck, Dereli informed the Maltese officials.

Dereli delivered the migrants to the Sea Watch 4 ship, owned by the German relief organization Sea Watch that patrol the Mediterranean Sea voluntarily to help the migrants.

“We are happy to help these 95 people who waited at the middle of the sea hopelessly,” said Hüseyin Çebi, an officer from the company owning the M/V Aslıhan, thanking Dereli and his crew.__Daily Hurriyet