Home / International / Era of judicial activism over, every decision to be taken in accordance with law; says Pakistan top Judge 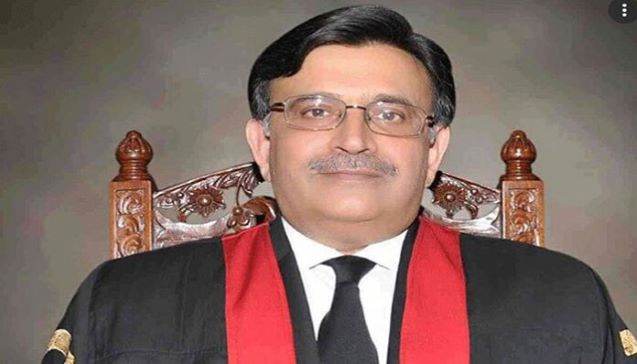 ISLAMABAD: Chief Justice of Pakistan (CJP) Justice Umar Ata Bandial on Wednesday remarked that the era of judicial activism was over and every decision would be taken in accordance with the law.

During the course of proceedings, the Chief Justice said that the Supreme Court had in January 2011 ordered to stop recruitment in EOBI, after which following the order of the Supreme Court, illegal recruitments were made in EOBI between September 2011 and May 2012. The names of those who tried to influence the recruitment were included in the NAB report, he added.

He said that Pakistan People Party (PPP) leader Syed Khurshid Shah’s name was also included in the NAB report. Advocate Aitzaz Ahsan said that Khurshid Shah was not a minister at the time of these appointments. He asked how could there be contempt of court in NAB case? Khurshid Shah had nothing to do with it, he added.

The Chief Justice said that if there was contempt of court then responsibility would have to be fixed as the appointments had been made contrary to the court order. It remained to be determined who violated the court order, he added.

He said that NAB wanted to submit a detailed report on the role of the accused and the NAB was being given one last chance to submit details. Subsequently, the court, while seeking details of contempt of court accused and trial from NAB, adjourned the hearing of the case for one month.__Pakistan Today