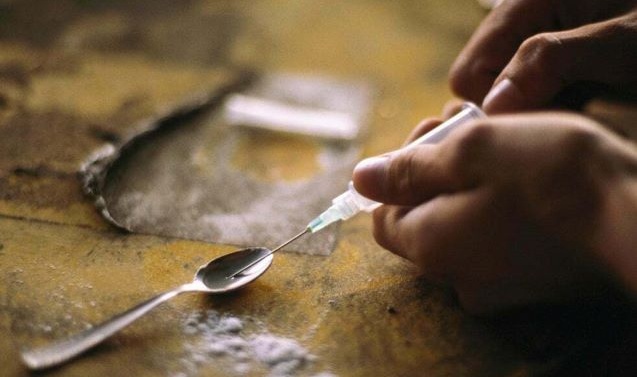 SRINAGAR: Jammu and Kashmir has become the first Union Territory in the country to have a comprehensive drug de-addiction policy envisaged to weed out substance abuse from society.

The urgency to formulate a drug de-addiction policy by Jammu and Kashmir government is due to the location of J&K in the vicinity of the “Golden Crescent”, a name given to South Asia’s opium-producing countries like Afghanistan, Iran, and Pakistan which produces 80 percent of the world’s opium and is considered as the prime source of the illicit drug trade.

The J&K government has intensified its efforts to fight narco-terrorism being unleashed by unscrupulous elements from across neighboring countries. It has come out with a detailed mechanism to supervise and review the implementation of the Drug De-addiction Policy.

Giving further details in this regard, an official informed that “UT Level Policy Implementation Monitoring Committee and Jammu and Kashmir Division Level De-addiction Centre Monitoring Committees have been constituted. The UT level committee has been assigned the task of suggesting changes in the Drug De-addiction Policy from time to time besides looking out for financial support for various de-addiction activities in Jammu and Kashmir, he added.

These committees have been assigned the task of inspecting the existing de-addiction facilities in Jammu and Kashmir and granting or canceling licenses after a thorough inspection of infrastructure, manpower, and standards of care. The committees have also been entrusted with the task of advising various stakeholders from time to time in implementation of Drug De-addiction Policy on the ground and look at the monitoring of prescription drug abuse and suggest remedial measures to the Drug Controller,” an official said.

“It lays out a comprehensive action plan for addressing the drug addiction issue in its entirety. There has been a steep rise in physical, mental, and substance use disorders over the past two decades across the UT. There has been an alarming shift in the pattern of substance use in terms of rising in the number of female users, decreasing age at first use, increasing use of solvents, injectable opiates, and use of steroids as well as increasing drug-related deaths (over-dose and accidents),” the official said.

For effective surveillance and law enforcement, the government has also constituted the Anti-Narcotics Task Force (ANTF) in coordination with the Excise and Agriculture departments to map the expected cultivation areas and take remedial actions in terms of destruction of illegal crops on both private and government lands.

The ANTF has further been asked to formulate an action plan to prevent such cultivation in the next season. The ANTF will also undertake extensive awareness generation drives to inform the public about the associated risks and issues and accordingly plan a calendar of activities.

“The Task Force will institutionalize the mechanism for promoting wide-ranged reporting on illegal cultivation, transportation, trade, and consumption of drugs and their synthetic derivatives; through NGOs, PRIs, and Volunteers,” the policy said.

“It can be said that major improvements in health can only be addressed by broad-based impacts that benefit both high-risk groups and the general public. In this regard, Jammu and Kashmir has taken a lead by addressing this serious societal issue on a large scale,” the official said.

In the words of Lieutenant Governor, Manoj Sinha, his administration is fully committed to strengthening the action framework and taking a firm stance against drug abuse, besides providing practical solutions like evidence-based prevention, treatment, and care to emerge as a winner in achieving the goal of a drug-free society,

In his message on International Day against drug abuse and illicit trafficking, LG called upon people from all walks of life to supplement the government’s efforts in its fight against the menace of drug abuse.__Kashmir Monitor