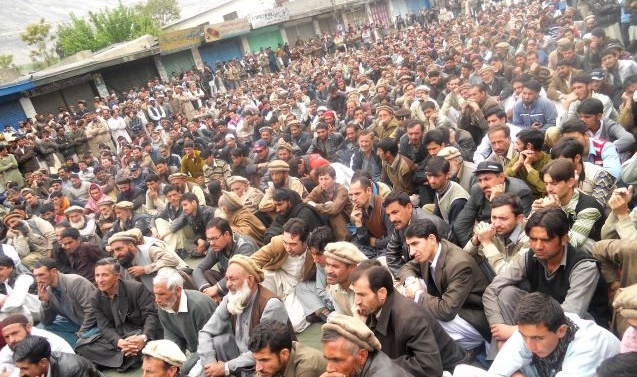 Gilgit Baltistan: According to a report by Human Rights Commission Pakistan (HRCP), the imposition of the 4th Schedule in Gilgit-Baltistan is a violation of Human Rights and the fact-finding mission of the commission will raise its voice against it at every forum, local media reported.

Notably, Gilgit-Baltistan has added several dozen political workers, social activists and religious leaders to a watch-list called the 4th Schedule, established under the Anti-Terrorism Act of 1997.

The fact-finding mission of the Human Rights Commission Pakistan (HRCP) has prepared a report regarding the imposition of the Anti-Terror Act and Fourth Schedule in Gilgit-Baltistan.

Kairah has assured the GBC members that an effective strategy would be prepared in cooperation with the Gilgit-Baltistan government and all the stakeholders in this regard.

Moreover, Traders’ unions in Gilgit-Baltistan have warned of a shutter down and wheel jam strike on June 28 against the worst load shedding due to which the normal life has been paralyzed.

Earlier in May, People in Gilgit-Baltistan staged a protest in Skardu city against the administration over electricity shortage and power outages in the region. According to the reports, the locals complained that they have received hefty electricity bills despite frequent power outages. These frequent power cuts had paralyzed the life in the GB and its administration.

The locals, led by social and political activists affiliated to Baltistan Student Federation Shabbir Mayar, demonstrated against the establishment and said that they will not suffer injustice anymore.

In January last year, several cities across Pakistan, including the capital Islamabad had plunged into darkness for several hours following a massive nationwide electricity blackout.