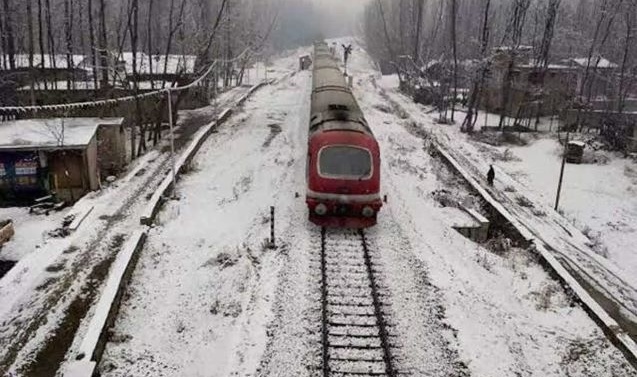 Jammu- Baramulla railway line project will act as a catalyst for accelerated development, progress, and prosperity in Jammu & Kashmir.

This all-weather and cost-effective connectivity shall prove to be a boon for the economy of J&K besides catalyzing industrialization, movement of raw materials, trade, tourism, and employment generation as well.

Sustainable connectivity to this region is very important for national security, prosperity, and socio-economic development of the region. Despite vast resources, Kashmir valley lagged in terms of development due to a lack of railway connectivity. Government has made serious efforts to establish rail connectivity to the region for which several railway projects have been initiated which are under execution in different stages.

The Central government has declared this project a National Project given its significance to the nation. Institutions like IIT Delhi, IIT Roorkee, Geographical Survey of India, and DRDO are providing expertise in project planning and its implementation. This route will also see the construction of the world’s highest railway bridge and India’s first cable-stayed Railway Bridge.

After completion, this line will be an all-weather convenient, and cost-effective mass transportation system and will act as a catalyst for the overall development of the northernmost alpine region of the country. It can play important role in rapid industrialization, movement of raw materials and finished products from J&K, and encourage trade and tourism in the region apart from providing employment opportunities, an official said.

The construction of the first 3 phases of the railway project has been completed and the line is operational between Banihal – Baramulla in Kashmir Valley and Jammu-Udhampur-Katra in Jammu region. Besides, work on the intervening 111 km of the Katra-Banihal section is going on which is the most challenging portion for construction due to its geology and extensive Riverine system with deep gorges.

The main tunnel of T-49, the longest tunnel of Indian Railways, between Sumber and Arpinchala station of the Katra-Banihal section of the Udhampur- Srinagar-Baramulla Rail Link (USBRL) project has been connected successfully.

The world’s highest bridge being built over Chenab in the Union Territory will be completed by September this year. This is designed to withstand earthquake of magnitude eight on the Richter Scale.

The work for Reasi railway station in the Reasi district of Jammu and Kashmir, a part of Jammu-Bara is in the final leg. The concrete slabs have been laid at bridge number 39 built over a 105 ft gorge. Of all the pillars installed for the bridge, the height of the middle one is more than that of Qutab Minar. The height of the pylon above the foundation is 193 meters. The bridge is 331 meters above sea level.

After completion of this project, it would be a splendid project of engineering of the 21st century and this project will write a new story of development, progress, prosperity, and security of the nation.