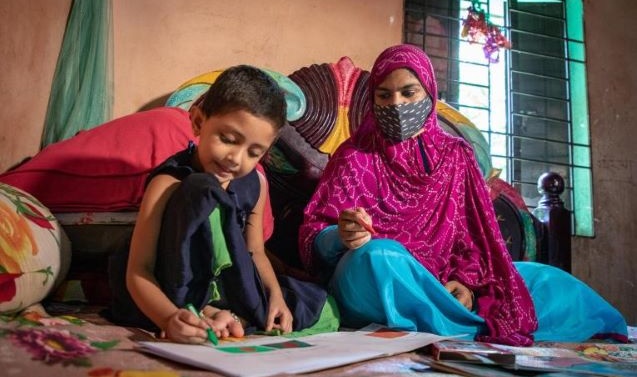 The IMR is an important health indicator that shows the number of deaths of children up to one year of age per 1000 live births.

The National Health Mission (NHM) with the active support of the entire Health and Medical Education Department has put persistent & tireless efforts to provide essential neonatal care at Government health institutions across Jammu & Kashmir, due to which, they have been able to achieve “remarkable improvement” in multiple indicators related to maternal and child health in recent years, with a decline in infant mortality rate (IMR).

One of the comprehensive measures in this regard includes an action plan devised by the Health & Medical Education Department with support from the Union Government & Norway India Partnership Initiative in the form of Road Map for reducing IMR in the J&K in line with India Newborn Action Plan (INAP). The action plan is being implemented at all levels and focuses on community-based and facility-based interventions for accelerating the rate of decline in Infant Mortality through the strengthening of maternal & child health programs.

Dr Mir Mushtaq, spokesperson, Directorate of Health Services, Kashmir commented that the rural health infrastructure has been upgraded, which in turn has decreased the IMR in the state.

“In every district hospital, we have equipped theatres where doctors perform successful deliveries. Also, Special Newborn Care Units (SNCU) and advanced wards, childbirth and care facilities have been created. These are the reasons which have contributed to low mortality rate,” he said.

He also said that strengthening of NICUs and SNCUs, implementation of Janani Shishu Suraksha Karyakram, hiring of manpower has also contributed to the overall improvement of the health sector. SNCUs have been established in 27 districts and other equivalent hospitals, three NICUs, newborn stabilisation units (NBSUs) and newborn care corners (NBCCs) have been set up in 264 delivery points with financial and technical support from the National Health Mission. The government is planning to further decrease the infant mortality rate to single digit by 2022.

Another important social achievement in Jammu & Kashmir is significant reduction in child marriages. J&K has now the lowest child marriages in whole of India. National Family Health Survey (NFHS-5) has revealed that only six percent of women have been married before reaching the legal minimum age of 18. At 35%, Jharkhand has reported the highest number of child marriages of women. Andhra Pradesh has 33% Assam 32%, Dadra & Nagar Haveli and Daman & Diu 28 %, Telangana 27 %, and 25 % each in Madhya Pradesh and Rajasthan.

Sociologist Irshad Bhat from Kashmir said that improving financial stabilities, literacy, and empowerment of the women in Jammu and Kashmir have led to the decline in child marriages.

“The harmful practice of child marriage is on a decline globally. Macro-level factors including higher social expenditures, economic growth, and women’s empowerment, tend to be associated with lower rates of child marriage,” he said.

Bhat said that strict laws too have contributed to the end of child marriage in the valley.

“Not-so-long before, child marriage was rampant in Kashmir. Now, the government schemes such as “ladli beti”,”Hausla”, and many others, are empowering the womenfolk. The law enforcement agencies are also imposing Prohibition of Child Marriage Act 2006 strictly in the valley” he said.