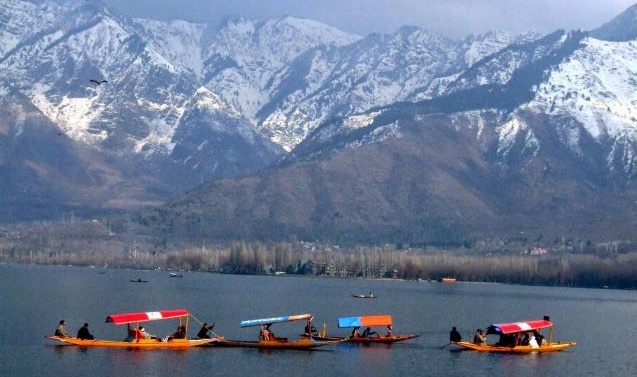 Kashmir to have its’ first ever ‘National Film Festival’ scheduled to begin on June 15. This would give a golden chance to Kashmiris to witness multiple films – fiction, documentary, OTT or short films and music videos of various Indian filmmakers, music producers and artists.

Indian filmmakers and music producers besides artists have been invited to submit their original films for the first National Film Festival of J&K for a chance to win awards under three broad categories including Feature Films, Non-Feature Films and Music Videos.

There are over 40+ awards to be given during the Film Festival Award ceremony and the winners will receive mentioned cash components as well a certificate and a medal.

This mega event would witness jamming of ideas, creativity, lights and music. It is organised by J&K Film Development Council (JKFDC) in association with the National Film Development Corporation (NFDC) in Srinagar from 15th to 20th June, 2022.

The idea behind this film festival is to highlight film, music and creative ecosystem in J&K along with its’ natural splendor and socio-cultural magnificence to the world.

The Film festival, which will be a congregation of best of films and music, film-makers, music artists and allied talents, will serve as a reservoir of creativity and inspiration for anyone across the world who aspires to live, love and breathe films and music.

This festival would provide ample opportunities to Kashmir’s filmmakers & artists to connect with the prominent Indian filmmakers and music producers besides artists.

A filmmaker and a famous artist, while appreciating the holding of this festival, said “It will also develop the skill of film-making using minimal efficient resources. It will work to the advantage of identifying young and fresh talent in the film-making and music industry in Jammu & Kashmir. The event will also centre-stage the filmmaking process and incentivize local talent to pursue a career in filmmaking and world of music as well”.

Recently, Government has launched Film Policy for Jammu & Kashmir to facilitate overall growth of film industry in the region including setting up of a film development council and revival of closed cinema halls. The policy, launched at a star-studded event in the presence of actor Aamir Khan and filmmaker Rajkumar Hirani, aims at establishing Kashmir as the first choice for film shooting destination for the filmmakers.