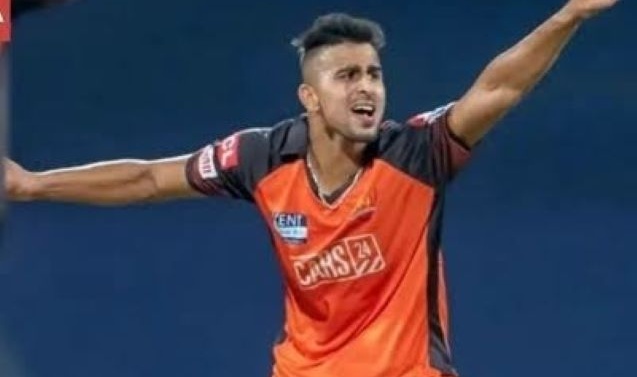 Kashmir has a reason to celebrate after speedster Umran Malik was included in Team India for the T20I series against South Africa.

Earlier, Sunrisers Hyderabad player became only fourth bowler in IPL history to bowl a maiden 20th over. Irfan Pathan, Lasith Malinga, and Jaydev Unadkat had achieved the feat.
Malik, who was retained by Sunrisers Hyderabad for IPL 2022, is already one of the fastest bowlers in India. However, though he has sent down deliveries over 150kmph this season, the Jammu and Kashmir player has picked up only three wickets this season in four matches, conceding at 10.42 runs an over.

SRH retained him for Rs 4 crore along with captain Kane Williamson and all-rounder Abdul Samad, also from Kashmir.
Coming from a humble background, Malik’s father runs a fruit stall in Jammu. A class X dropout, Malik is the only brother of his elder sisters.