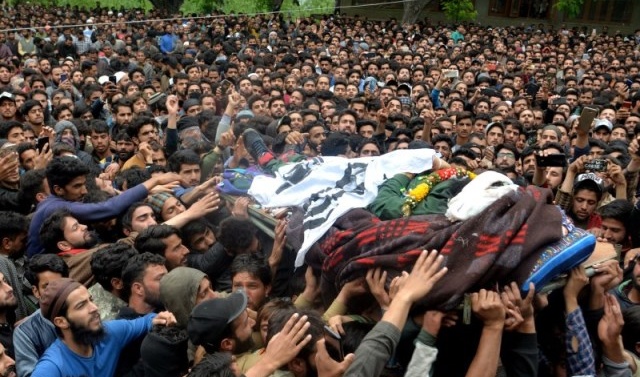 Srinagar April 28: Police on Thursday said that 62 militants have been killed in Kashmir so far this year including 47 locals.

In a statement issued this morning, IGP Kashmir, Vijay Kumar said that of the slain militants, 39 belonged to LeT, 15 to Jaish, six to Hizb and two were affiliated with Al-Badr outfit.

Pertinently, the two Al-Badr militants identified by police as Aijaz Hafiz and Shahid Ayoub were killed in a gunfight that broke out on Wednesday in Mitrigam area of south Kashmir’s Pulwama district.