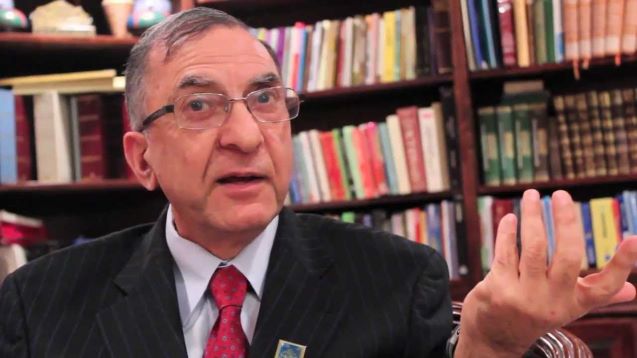 “Kashmiri journalists are already working in a dangerous environment and under a climate of fear, given the various threats they face from multiple actors. This climate of fear has been exacerbated also by state surveillance, police questioning journalists about their reporting, and criminal and anti-terror cases that have been filed against journalists,” Committee to Protect Journalists. (Courtesy: Mint Lounge).

Who does not know the historic date of December 10, 1948? It was on this day that the United Nations adopted one of its first major achievements, that is known as the ‘Universal Declaration of Human Rights’ (UDHR). The Assembly proclaimed the Declaration: “a common standard of achievement for all peoples and all nations.” Included in the Declaration is the ‘Freedom of Movement.’

There are different levels of freedoms. But perhaps the purest expression of freedom is that of movement. This is exactly what the Berlin Wall exemplified. The Berlin Wall was not a defensive barrier nor an obstacle to keep enemies of Germany out, but it was a wall to keep ordinary citizens belonging to the same family away from each other. Fortunately, that Berlin Wall has crumbled. It does not exist anymore. But we still have many more Berlin Walls with different names like one known as Cease-fire Line in the occupied State of Jammu and Kashmir.

Europeans now pass and move freely country to country. Gone are the security check points and the border patrol guards. The Europeans have realized that freedom of movement is fundamental to all economic freedoms.

It is difficult for people, like the people of the tormented land of Kashmir, to comprehend the real significance of declarations, such as that ours is a global village, where we must abide according to the Charter of the United Nations, the Universal Declaration of Human Rights and its principles. To them, these principles, and these slogans are never real. The reality is otherwise because people are arrested as along as their tormentors please and there is no recourse to legal defense. In such cases, the United Nations remains a silent observer, procrastinating on enforcing its will, especially so when the affected people are insulated from the civilized eye.

How can I ask the people of Jammu & Kashmir to repose their trust in the principles of the United Nations; how can I ask them to believe in the Universal declaration of Human rights; and how can I make them believe in this right to ‘Freedom of Movement’, when they see that those who violate the will of the United Nations are not placed under the economic and political pressure that is specified by Article 13 (2) of the Universal Declaration of Human Rights and Article 12 (2) of the International Covenant on Civil and Political Covenant.

The United Nations Human Rights Council has to examine whether or not the behavior of a member state is in accordance with the pledge it made under Article 55 and 56 and is justified in “a democratic society.” When one examines the state’s actions in the light of the United Nations pronouncements, then many more questions arise as to its commitment to protecting the freedom of movement.

The UN Human Rights Committee that was established by a 1966 human rights treaty, has expressed that states are liable under the Political Covenant for violations of a person’s rights recognized in that Covenant and committed by its agents in the territory of another state.

The United Nations and its affiliated organizations have a stake in the substance of this right – Freedom of Movement – in Indian Occupied Kashmir. Since 1947, the people of this land have been unable to avail of their right to internal and transnational movement. Instead, they have suffered the pain of four displacements, expulsions, exiles and refusals to return. The Kashmiri refugees, overshadowed by international crisis, from Syria to Afghanistan to Myanmar to Ukraine, say the world has forgotten them. And, like refugees everywhere, they say one of their worst trials is uncertainty.

Dr. Nazir Gilani, President, JKCHR says, “There is a special guarantee of freedom of travel including the lawful entry and exit given in the UN Security Council Resolution of 21 April 1948. Travel of the local inhabitants and of many others to and from the Valley has come to a standstill. So much so that Indian administration has denied the request made by the officials of the office of the UN High Commissioner for Human Rights to visit the Valley.”

Here are a few examples of violations of the right of freedom of movement occurring in Jammu & Kashmir.

Jammu and Kashmir is one political and geographical entity divided artificially by a cease-fire line which has come into existence as a result of intervention by the United Nations.

We urge the UN Human Rights Council to apply the ECOSOC Resolution 1990/78 that was adopted on July 27, 1990 to the benefit of those who have been denied their right of freedom of movement, forced to take refuge elsewhere, displaced from their homes, exiled and expelled from their homelands, examples; Dr. Ghulam Nabi Mir of the United States, Nazir Ahmed of the United Kingdom, Dr. Mubeen Shah who is residing these days outside India and many others. We call upon the United Nations and all its agencies to provide a coordinated response in alleviating the conditions of these people without any delay.

We also appeal to the UN High Commissioner on Human Rights, in the name of humanity and justice to help stop these atrocities and listen to cries of anguish and pain of the innocent people of Kashmir. If we fail to carry out this task, we shall not be living upto the Charter of the Human Rights Council which has been mandated to give ‘meaning to the sufferings of the human race.’