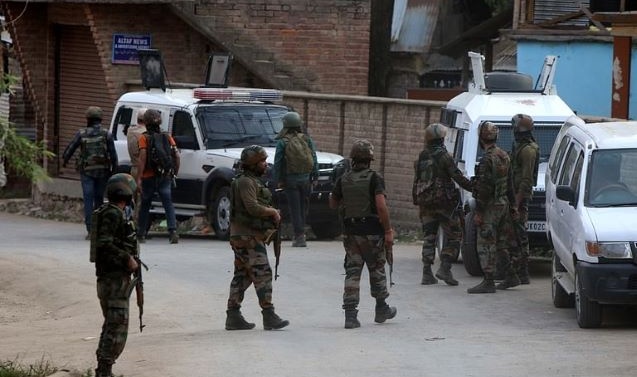 Srinagar, Apr 9: Police along with security forces on Saturday claimed to have killed a LeT commander in a gunfight in the Sirhama area of south Kashmir’s Anantnag district.

However, in the #encounter at #Kulgam, no terrorist has been neutralised yet. #Operation going on,” a police spokesman said.

The encounter broke out in the wee hours today after security forces cordoned the area following a tip off about the presence of militants there.

Another encounter is underway in Chaki Samad area of neighbouring Kulgam district.

“The killed terrorist has been identified as LeT terrorist commander Nisar Ahmad Dar @ Musaib son of Gh Hassan Dar resident of Redwani Bala, Kulgam. As per police records the killed terrorist was a categorized terrorist and active since 04/2021. He was involved in several killing of civilians & outside labourers besides, he was also involved in grenade lobbing attacks on security forces. For his terrorist activities, many case FIRs including 39/2021, 02/2022, 11/2022 have already been registered against him at Police Station Qaimoh. He was also instrumental in motivating gullible youth to join terror folds thereby attempting to revive the terror folds,” police said, in a statement.

“IGP Kashmir appreciated the joint team and termed the elimination of terrorist Nisar Dar as a big success as he was wanted by law for his involvement in gruesome terror activities.”

“Incriminating materials, arms & ammunition has been recovered from the site of encounter. Police have registered a case under relevant sections of law regarding the encounter and further investigation is in progress. People are requested to cooperate with Police till the area at encounter site is completely sanitized and cleared of all the explosive materials, if any.”__Courtesy GK News