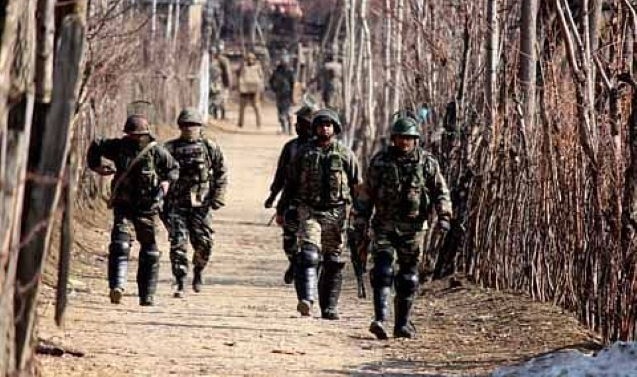 Srinagar Mar 10: An unidentified militant was killed in an ongoing gunfight with security forces in Naina Batpora area of south Kashmir’s Pulwama district.

The encounter broke out this morning after security forces cordoned the area following a tip off about the presence of militants there.

Reports said that one more militant is trapped at the encounter site.__GK News