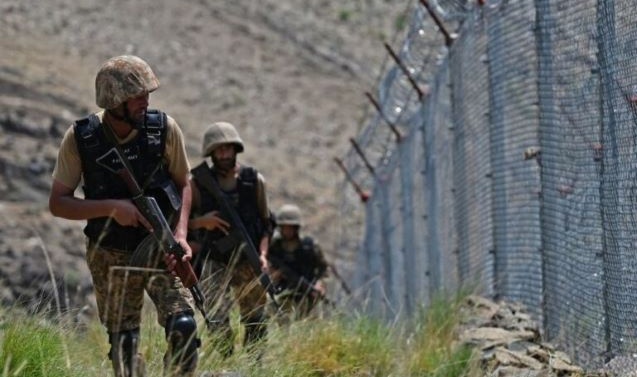 Jammu, March 09: One person was killed and over a dozen injured in an IED explosion at Salathia Chowk in Udhampur district of Jammu and Kashmir on Wednesday.

Police sources and locals told Greater Kashmir that an explosion took place under a vending cart at Salathia Chowk.

Jammu and Kashmir Director General of Police Dilbag Singh said preliminary investigation suggests it to be “an act of terrorists but we are investigating the case”.

The improvised explosive device (IED) blast took place around 1 pm in Slathia Chowk where fruit and vegetable vendors put up their carts.

DGP Singh said Additional Director General of Police Mukesh Singh had visited the blast site, along with other top police officials, a team of the National Investigation Agency (NIA) and bomb disposal experts.

“Preliminary examination suggests a low-intensity IED explosion, but a forensic and minute scrutiny will reveal more accurate facts,” he said, adding that the 14 injured were now out of danger.

Deputy Commissioner of Udhampur Indu Kanwal Chib said the injured were moved to a hospital and were stable, she said.

ADGP Singh visited the injured at the hospital and spoke to them.

The injured included a woman, an eight-month-old infant, and a Rajasthan resident.

Security was beefed up in and around the town and searches were being conducted in some places, officials said.

In a tweet, Union minister Jitendra Singh said one person was killed and 13 were injured in the blast. The injured were being moved to a hospital.

“I am in touch with DC (Deputy Commissioner) Indu Chib on minute to minute basis. Exact cause and origin of the blast being worked out…too early to draw any definite conclusion,” the minister tweeted.__GK News