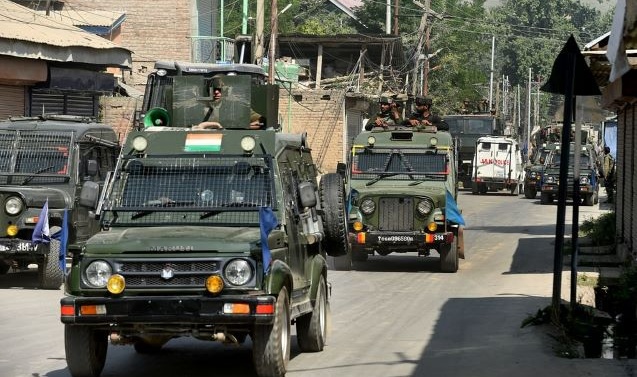 Srinagar, March 4: Police on Friday claimed to have arrested a newly recruited militant in injured condition while his associate fled after a brief shootout between militants and security forces in Langate Handwara in north Kashmir’s Kupwara district.

News agency GNS while quoting a top police officer reported that the injured has been admitted to hospital where his condition is stated to be stable.

The injured militant has been identified as Abrar Hassan son of Ghulam Hassain Gojri resident of Azad Gunj Baramulla, the officer said.

Abrar was injured in a brief shootout in Langate and was later nabbed by the security forces while his accomplice managed to flee from the spot, the officer said adding a manhunt has been launched to nab the latter.

As per the officer, Abrar was a stone pelter earlier for which two FIRs have been registered against him. Later on, he started working as an OGW, the officer said.__GK News