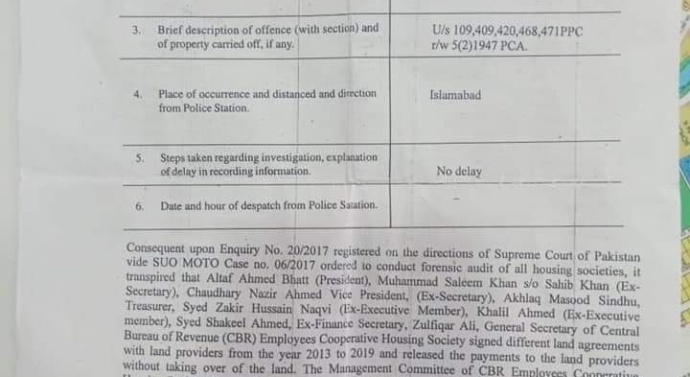 SRINAGAR: Pakistani authorities arrested on Wednesday Karachi-based fugitive Hurriyat member Altaf Ahmad Bhat of J&K and 16 of his business associates for allegedly embezzling more than Rs 140 crore from funds for a cooperative housing project in Rawalpindi.
Altaf from central Kashmir’s Budgam is the younger brother of surrendered Hizbul Mujahideen terrorist Zaffar Akbar Bhat. Sources said both brothers were with Hizb and received arms training in PoK in 1993, but Altaf escaped to Pakistan in 1995 and was living in the southern port city of Karachi at the time of his arrest. He is wanted in India for his alleged role in funnelling money for terrorism in Kashmir.
Known as an influential member of the Hurriyat’s Pakistan chapter in Rawalpindi and a “favourite” of Pakistani spy agency ISI, he and his associates were arrested after the nation’s Supreme Court ordered an investigation into the land scam, according to media reports.
J&K police’s Special Investigation Agency (SIA) named him a terrorism funder after it took into custody six of nine suspects—including his brother Zaffar—last August for a Pakistani medical college admission scandal in which a racket within the Hurriyat allegedly sold MBBS seats to children of influential Kashmiris.
The Hurriyat had the responsibility of selecting eligible Kashmiri candidates—ideally victims of terrorism—for Pakistani government-sponsored medical education in colleges across the border. The scandal surfaced in 2018 and was linked consequently to a bigger investigation into fund sources of terrorism in J&K.