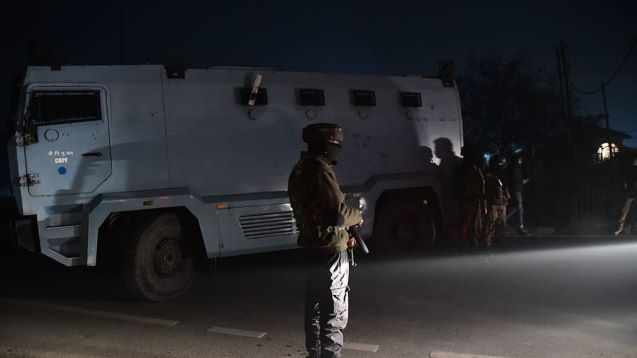 Srinagar Jan 29: A gunfight broke out between militants and security forces in Naira area of south Kashmir’s Pulwama district on Saturday evening.

“Encounter has started at Naira area of #Pulwama. Police and security forces are on the job. Further details shall follow, ” a police spokesman said.

The encounter broke out soon after security forces cordoned the area following a tip off about the presence of militants there.

The number of trapped militants was not immediately known.__GK News