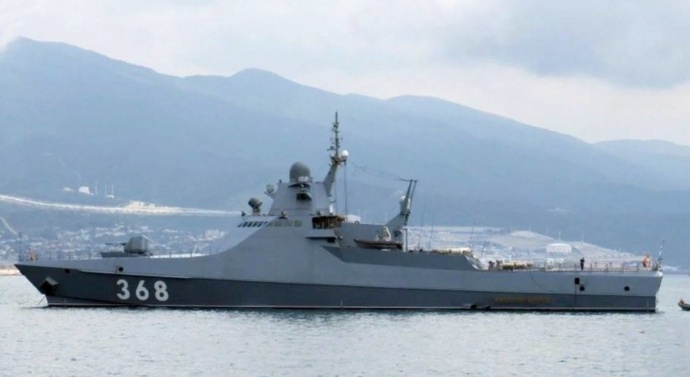 Two Steregushchiy-class ships of the Russian Baltic Fleet have been launched from their home port of Baltiysk to take part in large-scale navy exercises that are scheduled to last through February.

The two vessels are the Soobrazitelnyy and the Stoikiy advanced multipurpose corvettes, the fleet’s press service said on Monday. Ships of that class are predominantly designed for operations in the littoral zone, but have some deep sea capabilities as well.

The pair will conduct a number of training exercises to hone the crew members’ skills in various types of missions, including submarine detection and pursuit, anti-ship warfare, air defense, and search and rescue operations, the report said. Both carry units of marines, who will train in fending off simulated terrorist attacks on the ships during periods of exposure, such as passing through a strait or port calls.

While the navy did not specify where the vessels will be headed, it said they’ve set out on a ‘long-distance’ voyage.

The deployment is part of a massive series of exercises that the Russian Navy will be conducting through February. The navy is sending over 140 warships and support ships, some 60 aircraft, and 10,000 troops for the drills. The training will be taking place in waters close to Russia, as well as in strategic parts of the world like the Mediterranean or the North Sea, the Russian Defense Ministry said last week.

The news comes amid the deployment of additional military assets to the Baltic region by NATO members. The alliance said on Monday that Denmark will be sending a frigate to the Baltic Sea and relocating F-16 warplanes to Lithuania. Other nations are sending troops and equipment to other member states located close to Russia. The movements were touted as enhancing NATO deterrence against a possible Russian invasion of Ukraine, which Russia has repeatedly said it has no intention to launch.

Moscow had previously said that the bloc’s expansion to eastern Europe and deployment of troops close to Russia compromised Russian national security. Washington and Brussels rejected Russia’s proposal to deflate tensions by giving legally binding assurances that NATO’s doors would be closed to nations neighboring Russia and by removing some of the military assets deployed next door.