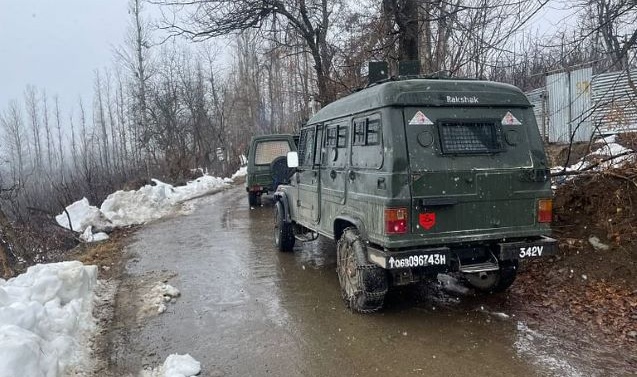 Srinagar: Two local militants of Lashkar-e-Taiba (LeT) were killed in an encounter at Shopian in southern Kashmir on Saturday, police said.

The encounter broke out on Saturday morning after 34 Rashtriya Rifles, JK Police and CRPF launched a Cordon and Search Operation (CASO) in Kilbal area of Shopian following a tip off about the presence of militants in the area.

Officials said that after the presence of militants was ascertained, they were given ample opportunity to surrender. However, they opened fire on the joint search party triggering an encounter. In the exchange of fire, two local militants were killed.

“Encounter has started in the village Kilbal area of Shopian. Police and security forces are on the job..,” Kashmir Zone Police earlier tweeted on Saturday morning.

“Based on a specific input generated by police regarding presence of terrorists in village Kilbal area of Shopian, a joint Cordon and Search Operation was launched by Ganderbal, Shopian Police, 34RR and 178Bn CRPF in the said area,” police said.

In the ensuing encounter, police said, “Two terrorists of proscribed terror outfit LeT (TRF) were killed and their bodies were retrieved from the site of the encounter. They have been identified as Sameer Ahmad Shah son of Nazir Ahmad Shah resident of Dhangam Shopian and Rayees Ahmad Mir son of Mohd Ashraf Mir Takiya Wahgam Pulwama.”

“As per police records, both the killed terrorists were part of group involved in several terror crime cases, including attacks on security forces and civilian atrocities,” police said.

Incriminating materials, arms and ammunition were recovered from the site of the encounter. All the recovered materials were taken into case records for further investigation.

Police registered a case under relevant sections of law and investigation was initiated.__GK News