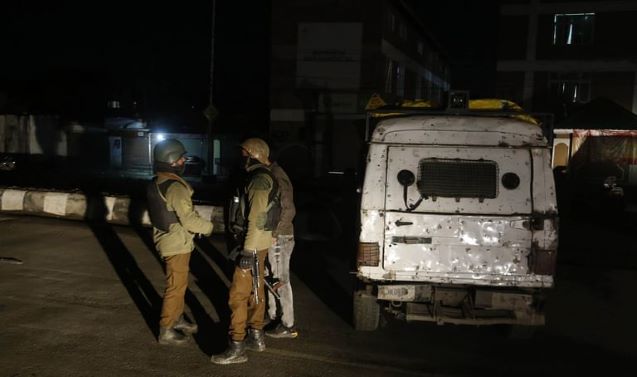 Srinagar: A Jaish militant and a policeman were killed while three army soldiers and two civilians were injured in an ongoing gunfight in the Pariwan area of south Kashmir’s Kulgam district on Wednesday night.

The condition of the injured soldiers was not immediately known.

The encounter broke out shortly after security forces cordoned off the area following inputs about the presence of militants there.__GK News