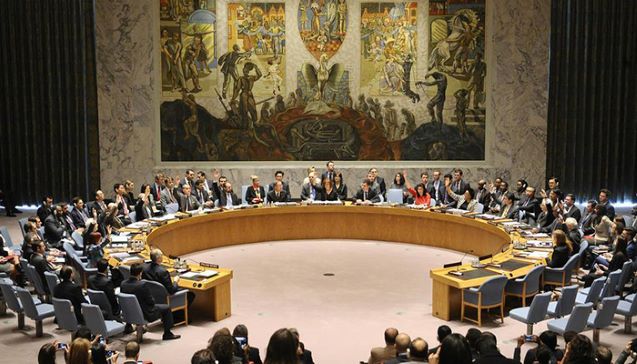 Washington, DC: Dr. Ghulam Nabi Fai, Secretary General, World Kashmir Awareness Forum, lamented today’s 73rd anniversary of the non implementation of the January 5, 1949, United Nations Security Council resolution prescribing a self determination plebiscite in the disputed territory of Jammu & Kashmir. The Princely State of Jammu & Kashmir obtained independence on August 15, 1947, when British paramountcy lapsed. At that moment, under international law, sovereignty in Kashmir devolved on its peoples, not its autocratic Maharaja, notorious for persecution of its Muslim majority population. Indeed, Kashmir was beset by wholesale domestic revolt against the Maharaja when independence arrived and widened in the initial months thereafter. To save his despotism from collapse, the Maharaja requested the assistance of the Indian military on October 27, 1947, after signing an Instrument of Accession (IOA) to that nation.

The Instrument of Accession, Dr. Fai added, however, has been proven bogus by British scholar Alistair Lamb. Further, it was conditioned on approval by the Kashmiri people in a plebiscite that has never been held. India’s aggression against the Kashmiri people and illegal military occupation of Kashmir has persisted for more than 74 years. It was recognized from the outset of India’s military occupation that peace could be restored to Kashmir only if a free and fair self determination plebiscite was held, and that truism informed the January 5, 1949, Security Council resolution.

For over 74 years, said Fai, however, India has defied the plebiscite mandate by initially contriving difficulties over the demilitarization of Kashmir, and then unilaterally pronouncing that it had fallen under Indian sovereignty by some euphemism for a “might makes right” theory of international law and now, by changing the demography of the state through enacting unlawful Domicile Law in 2020.

“There is no way the dispute can be settled once and for all except in harmony with the people’s will, and there is no way the people’s will can be ascertained except through an impartial vote, Fai stated. Secondly, there are no insuperable obstacles to the setting up of a plebiscite administration in Kashmir under the aegis of the United Nations. The world organization has proved its ability, even in the most forbidding circumstances, to institute an electoral process under its supervision and control and with the help of a neutral peace keeping force. The striking example of this is Namibia and East Timor, which were peacefully brought to independence after decades of occupation and control by South Africa and Indonesia respectively. Thirdly, as Sir Owen Dixon, the United Nations Representative, envisaged seven decades ago, the plebiscite can be so regionalized that none of the different zones of the state will be forced to accept an outcome contrary to its wishes,” Fai stated.

It is a historical fact, Fai elaborated that when the Kashmir dispute erupted in 1947-1948, the world powers championed the stand that the future status of Kashmir must be ascertained in accordance with the wishes and aspirations of the people of the territory. The Security Council discussed the question of Kashmir exhaustively for months. Since both India and Pakistan desired that the question of final settlement should be decided through an impartial plebiscite, the United Nations Commission for India and Pakistan (UNCIP) worked out the concrete terms of settlement in close and continuous consultations with both India and Pakistan. They were crystallized in two resolutions adopted on 13 August 1948 and 5 January 1949.

These were not resolutions in the routine sense of the term, Fai emphasized. Their provisions were negotiated in detail by the Commission with India and Pakistan, and it was only after the consent of both Governments was explicitly obtained that they were endorsed by the Security Council. They thus constitute a binding and solemn international agreement about the settlement of the Kashmir dispute. A cease fire was immediately enforced. The Commission then started negotiations to draw up a plan for the withdrawal of Indian and Pakistani armies from the State in a manner and sequence that would not cause disadvantage to either side or imperil the freedom of the plebiscite.

Fai pointed out that progress towards a solution was, however, blocked by India’s refusal to accept that the withdrawal of forces on the two sides should be balanced and synchronized. When President Truman (of US) and Prime Minister Attlee (of Britain) appealed that the points at issue be submitted to arbitration by the Plebiscite Administrator designate, India turned down the appeal.

Fai drew the attention to the deliberations at the United Nations and explained that there was much in these submissions at the Security Council that was controversial between India and Pakistan, but the proposal of a plebiscite was not. This is clear from the statement made on 28 January 1948 by the President of the Security Council. He said: ‘ … the documents at our disposal show agreement between the parties on the three following points: (1) The question as to whether the State of Jammu and Kashmir will accede to India or to Pakistan shall be decided by plebiscite; (2) This plebiscite must be conducted under conditions which will ensure complete impartiality; (3) The plebiscite will therefore be held under the auspices of the United Nations.

Now, in 2022 what should be the procedure for putting the dispute on the road to a settlement? The better way, Fai suggested, would be to ask the Secretary General of the United Nations, with the concurrence of the Security Council, to engage himself, directly or through a representative of high international standing, in a sustained effort of facilitation which should (a) ensure that the position of the people of Kashmir is fully taken into account and (b) aim at a settlement within a reasonable time-frame, providing for a transitional period, if necessary, for a calming effect.

Meanwhile, Secretary General should persuade Government of India to rescind newly enacted Domicile Law which violates the Geneva Convention and other international laws and is designed to change the demography of Kashmir; to release all political prisoners unconditionally, including Khurram Parvez, Mohammad Yasin Malik, Shabir Ahmed Shah, Masarat Alam, Aaasia Andrabi, etc; to allow unhindered access to Kashmir by the United Nations Thematic Rapporteurs to monitor situation in Kashmir; and to permit international human rights organizations and NGOs to visit Kashmir.