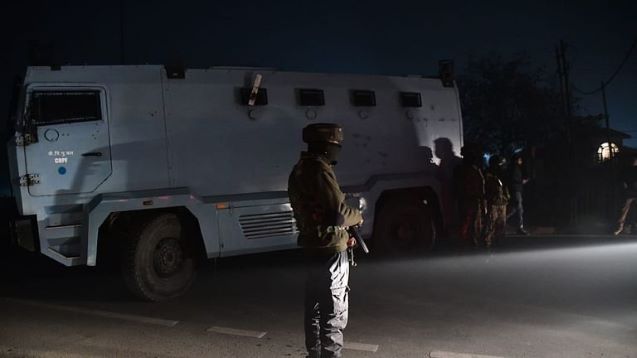 Srinagar Dec 25: A gunfight broke out between militants and security forces at Khushroi Kalan, Srigufwara in south Kashmir’s Anantnag district on Saturday night.

“#Encounter has started at K. Kalan, Srigufwara area of #Anantnag. Police and security forces are on the job. Further details shall follow. @JmuKmrPolice, ” a police spokesman said.

The number of trapped militants was not immediately known.

This is the third gunfight of the day in south Kashmir. Earlier, four militants were killed in twin gunfights in the region.__Courtesy Greater Kashmir News