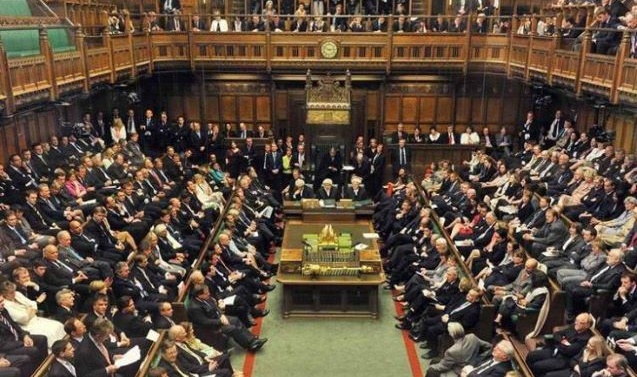 Britain’s House of Commons on Wednesday expressed alarm at human rights violations, including fake encounters by Indian forces, in Indian-occupied Kashmir and sought a response from the Indian High Commission over the maltreatment of Kashmiri citizens.

As many as 28 MPs of the British Parliament have written a joint letter to the Indian High Commission, seeking its response to reports of flagrant abuses of human rights in the occupied territory.

The letter questioned the killings of “innocent Kashmiris” at the hands of Indian forces who labelled the unarmed citizens as suspected terrorists before mowing them down.

“Those who are killed are mostly normal citizens,” the letter says.

The lawmakers also expressed shock at the incarceration of prominent rights activist Khurram Pervez by Indian forces and sought an explanation for his detention.

“Khurram Pervez is not a terrorist but a defender of human rights”.

Personnel from the National Investigation Agency had arrested Parvez in Srinagar on Nov 22. They had also confiscated Parvez’s mobile phone, laptop and some books, along with his cell phone. “They said it’s a case of ‘terror funding’,” his wife later informed journalists.

Parvez, 42, is the programme coordinator for a widely respected rights group in the disputed territory, the Jammu Kashmir Coalition of Civil Society, and chairperson of the Asian Federation Against Involuntary Disappearances (AFAD).

The MPs also pointed out that more than 2,500 innocent people had been detained in the last two years in the occupied territory.

Hundreds of people have been arrested under the Unlawful Activities Prevention Act (UAPA) — a vaguely worded law that effectively allows people to be held without trial indefinitely — in the Indian-occupied territory since 2019, when New Delhi cancelled the region’s partial autonomy and brought it under direct rule.

Almost half of them are still in prison and convictions under the law are very rare.__Dawn.com