Home / Kashmir / Kashmir -IOK / 5,500 more troops being sent to Jammu and Kashmir in wake of attacks 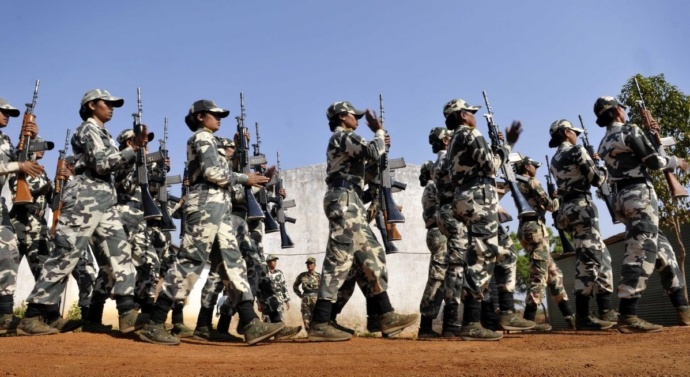 NEW DELHI:As many as 138 terrorists have been killed and 55 arrested in Jammu and Kashmir so far this year, even as CRPF and BSF have stepped up deployment in the Valley by sending an additional 3,000 and 2,500 personnel respectively in wake of the recent civilian killings.
According to Kashmir IGP Vijay Kumar, as many as 130 terrorists have been killed in counter-terror actions, and 39 terrorists and more than 700 overground workers arrested in the Kashmir region since the beginning of this year. In Jammu division, 8 terrorists have been neutralized and 16 arrested so far this year, ADGP and IGP, Jammu Mukesh Singh told TOI.
A CRPF spokesperson said that the force has, to counter the reworked strategy of the terrorists to utilize “hybrid” recruits for one-off attacks on civilians and easy targets in Kashmir, have initiated a series of measures to increase their visibility on the ground and are employing deterrent strategies.
“The visibility of forces in the Valley, mostly in Srinagar where the recent civilian attacks were concentrated, has been stepped up. The forces are also doing night domination. While the BSF has deployed an additional 25 companies in Kashmir, the CRPF too sent in reinforcements comprising 25 companies in the wake of the civilian attacks and will be deploying five more companies over the next week,” said a CRPF officer.
While the focus is to increase the boots on the ground with more policemen and para-military personnel in civilian areas, a source conceded that it remains a herculean task to ensure foolproof security to all the civilian settlements given how thickly populated and widely spread they are.
Among the deterrent measures that are being used by the police and CRPF to nip terrorist attacks, particularly against easy targets, are putting up surprise or flash nakas, particularly in civilian areas, frisking of people, random checking of vehicles and deployment of drones to keep an eye on any suspicious movement or activity. “Over the past few days, we have been frisking around 15,000 people and checking 7,000-8,000 vehicles on a daily basis,” said a police officer.
Meanwhile, a major crackdown on overground workers is underway in J&K as part of a determined effort to dismantle the entire “terror eco-system”. This includes identifying the terror sympathisers who radicalise youths in schools and civilian neighbourhoods and extend logistical support to terrorists. Also, there is conscious move to deny state-funded benefits including government jobs to Kashmiris who openly support Pakistan and terrorist outfits backed by it, despite being employed in J&K government or studying in government colleges where they avail of subsidized education and scholarships at Government of India’s expense.