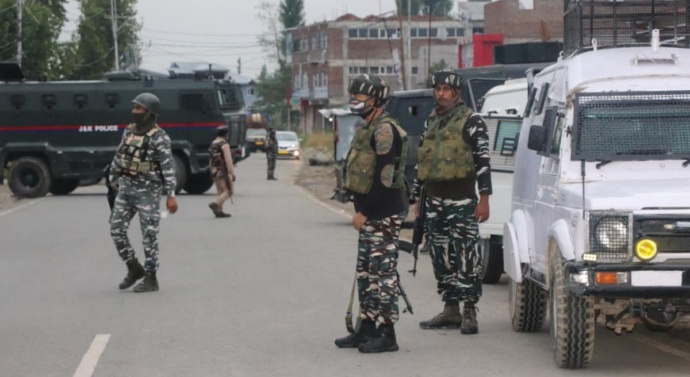 A civilian who was shot by terrorists in Srinagar has succumbed to bullet injuries. The incident took place outside a shop in the Bohri Kadal area in downtown Srinagar on Monday evening.
Identified as one Mohd Ibrahim Khan, the victim was a salesman from Bandipora. He was brought to the Shri Maharaja Hari Singh hospital in Srinagar with a bullet in his abdomen and succumbed during treatment.
The victim was employed at a pharmacy run by a doctor, who also happens to be a Kashmiri pandit.
In a statement issued on Monday, Srinagar Police said the force received information about a “terror crime incident” in the Bohri Kadal area around 8:10 pm. Senior police officials rushed to the spot and discovered that a civilian had been shot.
Officials familiar with the incident said a preliminary investigation has revealed that “terrorists had fired upon” the civilian who later succumbed to bullet injuries.