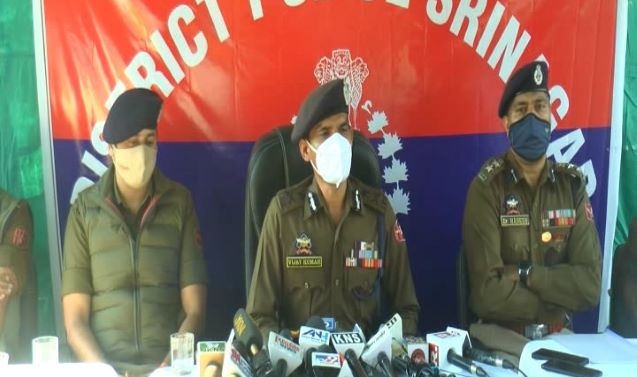 Srinagar Oct 15: A militant from Srinagar city involved in a “recent civilian killing” has been shot dead in a gunfight with security forces at Wahibug area of south Kashmir’s Pulwama district on Friday evening.

Police identified the slain militant as Shahid Bashir Sheikh of Srinagar. Shahid, police said, was involved in the killing of Mohammad Shafi Dar of Batmaloo area of Srinagar on October 2.

“Killed terrorist has been identified as Shahid Basir Sheikh of Srinagar. He was involved in recent killing of civilian (Mohd Safi Dar, PDD Deptt’s staff) on 2/10/21. AK 47 rifle was used in his killing. One AK rifle along with Mag/Amn recovered, ” the police spokesman quoted IGP Kashmir as saying.

Dar, it can be recalled, was shot at SD Colony, Batamaloo leaving him seriously injured and succumbed at SMHS Hospital later. Dar’s was the second killing that evening. Earlier, a man from Chattabal area of Srinagar was shot dead by militants in Karan Nagar area of the city.