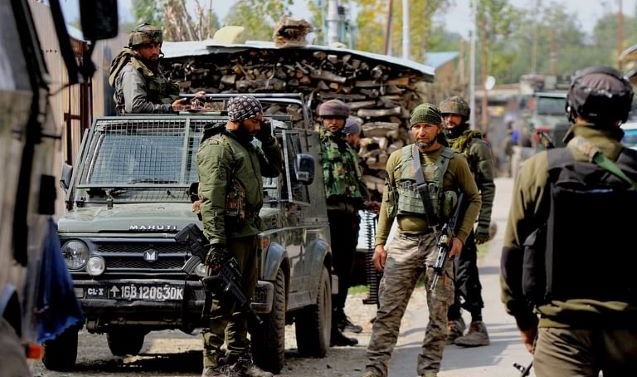 The operations to flush out militants were launched by security forces in Tulnar and Feeripora villages of Shopian on Monday evening. They ended on Tuesday morning with the killing of five militants.

During last over 24 hours, Kashmir witnessed four encounters, including these two operations, in which a total seven militants of LeT were killed.

In the first encounter at Tulnar village, three LeT militants were killed. Police identified them as Danish Hussain Dar of Ray Kapran Shopian, Yawar Hussain Naikoo of Pahlipora and

The encounter in Tulnar started last night after police, 34 RR and CRPF cordoned off village following specific inputs of presence of militants in area. The joint parties appealed to the trapped militants to surrender, but they did not relent. “They opened fire which was retaliated,” police said adding that in ensuing gunfight three militants were killed.

Police said that operation was suspended during night and militants were killed at first light. A police statement here said, “During the search operation at Tulnar as the presence of terrorists got ascertained, they were given repeated opportunities to surrender; instead they fired indiscriminately upon the joint search party which was retaliated leading to an encounter.” “However due to darkness the operation was suspended, while the cordon was kept intact. In the wee hours, repeated announcements were again made to the hiding terrorists to surrender, but the terrorists again fired on joint search party and the fire was retaliated,” it said.

“In the ensuing encounter, three terrorists were killed and their bodies were retrieved from the site of encounter,” it said. “As per police records, the killed terrorists were linked with proscribed terror outfit LeT (TRF) and remained part of groups involved in several terror crime cases including attacks on security establishments and civilian atrocities. It is pertinent to mention that killed terrorist Mukhtar Shah was involved in target killing of a non-local vendor in Lal Bazar area of Srinagar and shifted to Shopian after committing the crime,” it added.

The second operation was also launched in Feeripora on Monday evening after police, 34 RR and CRPF cordoned off the area on specific inputs of presence of militants in the area. Police said that militant did not surrender despite repeated pleas by officers on ground.

The slain militants in Feeripora operation were identified as Ubaid Ahmad Dar of Ray Kapran and Khubaib Ahmad Nengroo of Braripora and were affiliated with militant outfit Lashker-e-Toiba.

Police in a statement said, “The search operation at Feeripora Shopian also remained suspended throughout the night and resumed in the wee hours. At about 1000 hours, contact was established with the hiding terrorists and they were given ample opportunities to surrender.” It added, “However, they started firing indiscriminately at the search party which was retaliated leading to an encounter.”

“In ensuing encounter, two terrorists were killed and their bodies were retrieved from the site of encounter. They have been identified as Ubaid Ahmad Dar resident of Ray Kapran and Khubaib Ahmad Nengroo resident of Braripora. As per police records, both the killed terrorists were linked with proscribed terror outfit LeT and involved in several terror crime cases.”

Incriminating materials, including arms and ammunition were recovered from the site of encounter. All the recovered materials were taken into case records for further investigation. A case was registered under relevant sections of law and investigation was initiated, police said.

Meanwhile, the IGP Kashmir Vijay Kumar said that the cases of two target killings were solved.

The statement issued on his (IGP’s) behalf said, “IGP Kashmir congratulated the joint teams working with great synergy and coordination on the ground for carrying out anti-terrorist operations in professional manner without collateral damage.” “It is pertinent to mention that 2 cases out of 4 recent terror cases of target killings in Srinagar and Bandipora stand solved by the elimination of the involved terrorists,” it added.