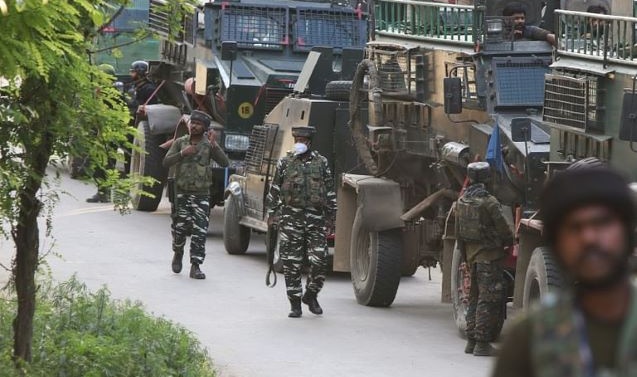 Rajouri, Oct 11: Five soldiers, including a JCO, were killed in a gunfight with a group of heavily-armed militants in Chamrer forest area of Surankote in J&K’s Poonch district on Monday, officials said.

An army spokesman said that a fierce gunfight broke out between militants and the security forces after the army launched a cordon and search operation in several villages close to DKG in Surankote area following an intelligence input.

“In ensuing firefight during the ongoing encounter with terrorists, 01x JCO & 04 X Jawans of Indian Army have suffered critical injuries. Further update follows,” he said, in a statement.

However, sources told Greater Kashmir that all the wounded soldiers succumbed. “The critically injured 01x JCO and 04 x Jawans were evacuated to nearest medical facility but succumbed to their injuries. The operation is still going on,” said the spokesman.

Officials told Greater Kashmir that the area falls close to Rajouri-Poonch border near Dehra Ki Gali tourism point. They said that more reinforcements of both army and police including senior officers have rushed to the spot.