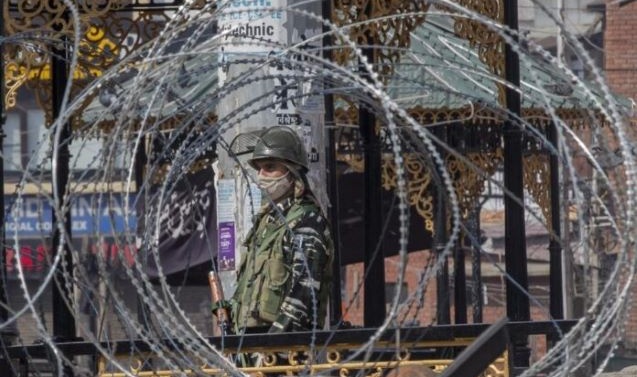 The parliament will debate these Motions, later in the month. Both the Motions have been filed by members of the ruling Social Democrat Party.

The Motion by Serkan Kose refers to the decades long ‘conflict in the Kashmir region,’ and highlights the illegal actions of 5 August 2019 saying, “Since the change in the constitution, life has been disastrous for 8 million people”.

The motion also talks about the high number of Indian troops in Kashmir, “which is now the most militarised region in the world”. It also underscored the restrictions of communications, mobile networks and the Internet and public gatherings.

The Motion also states that “Depriving an entire population of their right to freedom of expression, opinion and movement for an indefinite period is contrary to international human rights conventions”.

​The other Motion by Johan Buser MP refers to that fact that, “The protracted conflict between the two nuclear powers, India and Pakistan, makes Kashmir a dangerous conflict both from a human rights perspective, but also from a security policy perspective”.

It also refers to restrictions on Human rights organisations and the international media to enter Indian-controlled Kashmir.

The Motion refers to the ‘Swedish foreign policy’s support for peace, reconciliation, human rights and the fundamental right to freedom of expression’. It calls upon both the Indian and Pakistani governments to engage in dialogue to create a sustainable peace solution and reconciliation process….’

In conclusion it urges ‘The Swedish government, in cooperation with the UN, the EU and the rest of the international community, to give its full support to a resolution of the conflict, which is of utmost importance to enable a peace process.’

Both resolutions highlight the human rights violations in IIOJK and highlight Indian atrocities. They see the issue as an international problem to be addressed by EU and UN. They call upon Swedish government to play its role for highlighting human right violations and resolution of the dispute. Both motions have been published on Rikstag website in anticipation of the discussions.__Pakistan Today