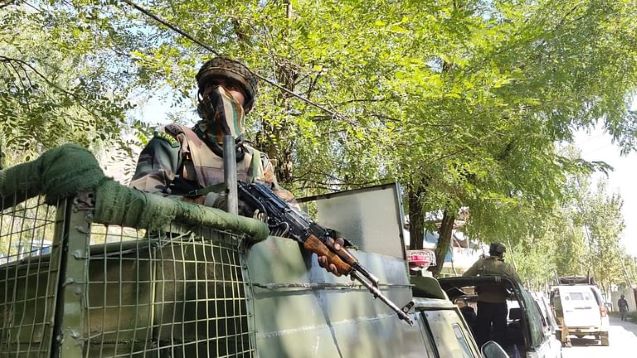 Srinagar, Sept 26: Police on Sunday identified the two militants killed in a gunfight with security forces at Watnira village on the outskirts of main town Bandipora in the north Kashmir district as locals affiliated with the Lashkar-e-Toiba outfit one of whom it accused of killing a BJP leader and his father and brother last year.

Abid was District Commander of LeT for Bandipora and was involved as per police in the killing of BJP leader Bari along with his brother Umar Sultan and father Bashir Ahmad Sheikh on 8 July last year. Azad, as already reported by Greater Kashmir, had gone missing on June 19 last year and likely to have joined the LeT shortly afterwards.

Soon after the killing of Bari and his family, IGP Kashmir, Vijay Kumar had blamed Abid along with another foreign militant for the attack. The top police officer of Kashmir had also placed under suspension 11 PSOs of the BJP leader.

Today’s gunfight broke out after Army’s 14 RR, Police and CRPF launched a joint cordon and search operation in the area following inputs about the presence of the two militants.

A police official said the hiding militants opened fire as the forces approached the suspected spot, leading to a gunfight.