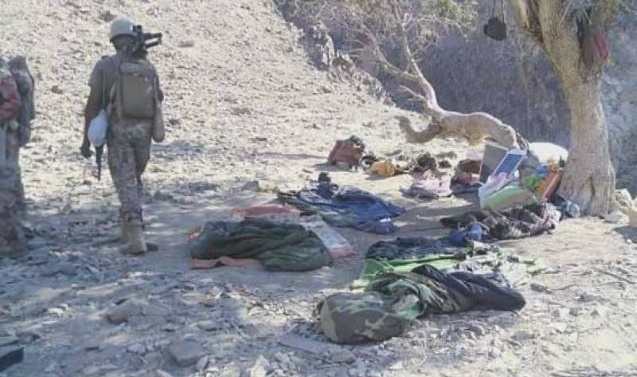 Six terrorists were killed by the Front Corps (FC) during an intelligence-based operation (IBO) in Balochistan’s Kharan on Friday.

According to a statement by the Inter-Services Public Relations (ISPR), the FC Balochistan South conducted IBO on the confirmed intelligence about the presence of terrorists in a hideout near Kharan.

As soon as the troops cordoned off the area, the terrorists opened fire on them in an attempt to flee from the hideout.

However, during an intense exchange of fire, six terrorists, including two of their commanders identified as Gul Mir alias Pullen and Kaleem Ullah Bolani were killed.

A large cache of arms and ammunition was also recovered from the hideout of the terrorists, the statement added.__The Nation