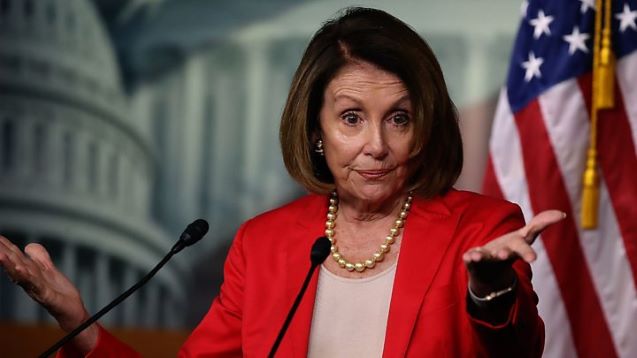 The speaker of the United States House of Representatives says she is “deeply concerned” about the alleged torture of a Saudi aid worker while in detention in Saudi Arabia.

The aid worker, Abdulrahman al-Sadhan, was detained by Saudi authorities in March 2018 and reported to be sentenced to 20 years in prison followed by a 20-year travel ban, according to an April 6 US State Department statement.

He was arrested from the Red Crescent Society office in Riyadh, where he worked.

In a tweet on Sunday, Nancy Pelosi, the highest-ranking Democrat in the chamber, said Congress would monitor his appeal hearing, which she said was on Monday, and “all human rights abuses by the regime”.

Separately, al-Sadhan’s sister said his health was getting worse.

“We are very worried about my brother’s safety & health, deteriorating under torture in Saudi detention, while we remain completely deprived of any contact with him,” Areej al-Sadhan wrote on Twitter.

In an April statement, Geneva-based advocacy NGO MENA Rights Group said al-Sadhan was brought to trial for having run two satirical Twitter accounts and accused of “funding terrorism”, supporting or sympathising with the ISIL (ISIS) armed group, and preparing, storing and sending messages that “would prejudice public order and religious values”.

The group also said al-Sadhan’s family had learned he was subjected to severe torture in detention, including “electric shocks, beatings that caused broken bones, flogging, hanging from the feet and suspension in stress-positions, threats of murder and beheading, insults, verbal humiliation”.

After former US President Donald Trump’s close relationship with Riyadh, which critics said further emboldened MBS, the administration of Joe Biden has said it is pursuing a relationship “recalibration” with the longtime ally.

That has included an announcement that the US would no longer support Saudi Arabia’s “offensive operations” in the ongoing conflict in Yemen and the sanctioning of Saudi officials, excluding MBS, after a declassified US intelligence laid the blame for the killing of journalist Jamal Kashoggi at the crown prince’s feet.

Critics have said the Biden administration has not gone far enough in its policy shift towards the kingdom, with which it continues to maintain close economic and security ties.

“Exercising human rights should never be a punishable offense,” he tweeted.