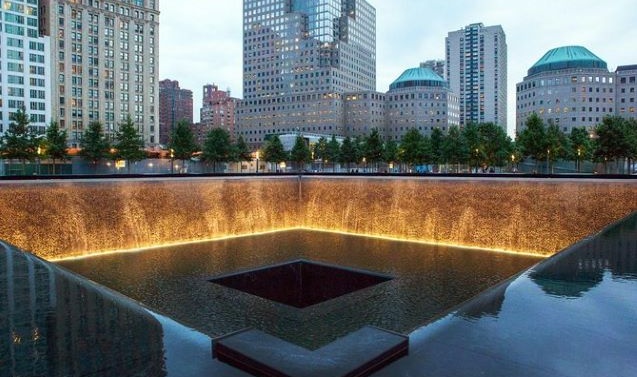 NEW YORK: Two decades after its destruction in the Sept 11 attacks, the work to rebuild the World Trade Centre complex remains incomplete.

Two planned skyscrapers, a performing arts centre and a church are still unfinished at the site, which plays host on Saturday to the annual ceremony honoring nearly 3,000 people killed in the attacks.

Visitors to the commemoration will find a place that no longer has the feel of a construction zone, though, even as the work continues.

The memorial plaza with its twin reflecting pools opened in 2011. One World Trade Centre the spire originally known as the Freedom Tower opened in 2014, as did the National Sept 11 Memorial and Museum. An underground transit hub and shopping mall opened in 2016. Three other glassy towers built to replace those lost in the attack are open.

Cranes and construction fences, however, can still be seen around the site. Developer Larry Silverstein has said he wants to sign an anchor tenant for the tower before starting construction.

Despite the coronavirus pandemic emptying out office buildings, the now-90-year-old says he is confident a tenant will be found so the Norman Foster -designed tower can be built in his lifetime.

At the end of the day, my goal is to put the shovel in the ground as soon as possible, and complete the rebuilding project we started 20 years ago, Silverstein said in an emailed statement.__Pakistan Today