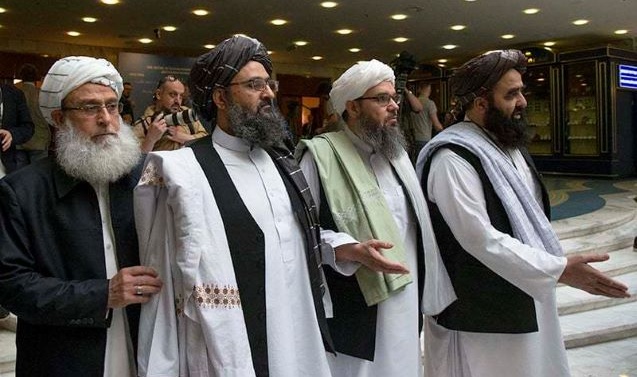 Anti-Taliban forces in Afghanistan have asked the international community not to recognise the new government announced by the Islamists on Tuesday.

The interim cabinet – which has no women, and consists entirely of Taliban leaders or their associates – has also been criticised by the US.

Fighters opposing the Taliban in the Panjshir province said the new government was “illegal”.

The US expressed concern at figures linked to attacks on US forces.

The interim cabinet is led by Mullah Mohammad Hassan Akhund, who is on a UN blacklist. Another figure, Sirajuddin Haqqani, is wanted by the American FBI.

The NRF said it considered the announcement of the Taliban’s caretaker cabinet “a clear sign of the group’s enmity with the Afghan people”.

The Taliban insist they have now defeated the National Resistance Front (NRF) in the Panjshir Valley north of Kabul, but NRF leaders say they are still fighting.

In a statement, the US state department said: “We note the announced list of names consists exclusively of individuals who are members of the Taliban or their close associates and no women.

“We also are concerned by the affiliations and track records of some of the individuals.”

The statement said Washington would “continue to hold the Taliban to their commitments” to allow safe passage for foreign nationals and Afghans with travel documents, “including permitting flights currently ready to fly out of Afghanistan”.

“We also reiterate our clear expectation that the Taliban ensure that Afghan soil is not used to threaten any other countries,” it said, adding: “The world is watching closely.”

The Taliban seized control of Afghanistan in a sweeping offensive more than three weeks ago. It now faces many tough challenges in the conflict-torn country, including stabilising the economy and gaining international recognition.

On Wednesday a group of women demonstrated in Kabul holding a picture of a policewoman who was reportedly shot dead by the Taliban.

It follows several other demonstrations calling for women to participate in public life and denouncing alleged Pakistani support for the Taliban.

The Taliban deny using violence against the demonstrations.

Earlier on Tuesday, a statement attributed to Taliban Supreme Leader Mawlawi Hibatullah Akhundzada told the government to uphold Sharia law – Islam’s legal system. The Taliban have been known for their extremely hardline interpretation of Sharia.

The Taliban want “strong and healthy” relations with other countries and would respect international laws and treaties as long as they did not conflict with “Islamic law and the country’s national values”, the group’s statement said.

Hassan Akhund, the new interim prime minister, served as deputy foreign minister from 1996 to 2001, when the militants were last in power. He is influential on the religious side of the movement, rather than the military side.

His appointment is seen as a compromise, after recent reports of in-fighting between some relatively moderate Taliban figures and their hardline colleagues.

The group had previously said it wanted to form an inclusive government.

Sirajuddin Haqqani, the acting interior minister, is head of the militant group known as the Haqqani network, who are affiliated with the Taliban and have been behind some of the deadliest attacks in the country’s two-decade-long war – including a truck bomb explosion in Kabul in 2017 that killed more than 150 people.

Unlike the wider Taliban, the Haqqani network has been designated a foreign terrorist organisation by the US. It also maintains close ties to al-Qaeda.

The FBI says he is wanted for questioning over a 2008 attack on a hotel that killed an American and was behind attacks on US forces in Afghanistan.__Courtesy BBC