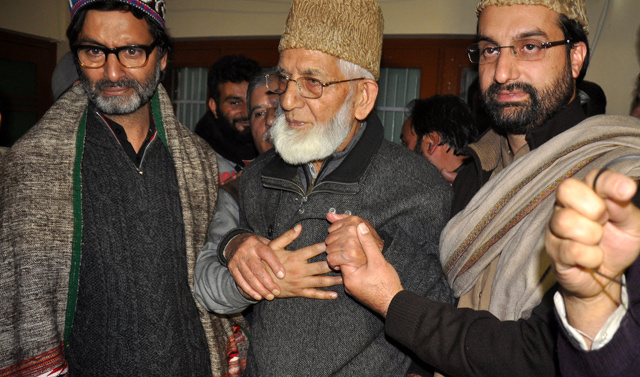 Srinagar: To maintain law and order, security forces continued to remain deployed on the fourth consecutive day on Sunday across Kashmir following the death of senior separatist leader Syed Ali Shah Geelani even as authorities announced ease in restrictions in the evening.

Inspector General of Police, Vijay Kumar, on Sunday said that further relaxations in the movement and business activities were provided in whole Kashmir 5pm onwards today. “We thank people for cooperation extended over the last four days,” the top police officer said here.

“Keeping in mind the cooperation extended by people in maintaining peace in whole Kashmir, it was decided that further relaxations in movement and business activities will be provided in whole Kashmir 5 pm onwards today,” he said.

The IGP also said that mobile internet services shall be restored tomorrow. The authorities had snapped telephony and internet services of all services providers except the BSNL, and imposed restrictions on the assembly of people following the demise of Geelani on the evening of 1 September. However, voice calling facility was restored later.

Geelani, 91, died at his home in Srinagar on September 1 night after a prolonged illness. The separatist leader, who spearheaded separatist politics for over three decades in Jammu and Kashmir, was buried at a mosque near his residence.

Earlier, during the day, restrictions on assembly of people remained in force in most parts of Kashmir, officials said. “Curbs on movement have been eased in some parts,” the officials said, adding the curbs were in place in old city and Hyderpora, the native area of Geelani.

Roads leading to Geelani’s residence in Srinagar remained under tight vigil with barricades put up to stop the movement of people, the officials said. Security forces have been deployed in strength in the city and elsewhere to maintain law and order, they added.__GK News