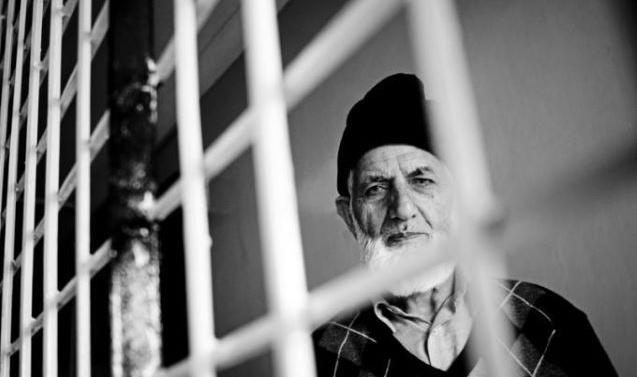 The Kashmiri leader passed away on Wednesday evening at the age of 92 while under house arrest by the Indian forces.

Geelani and his family members wanted him to be buried at the Martyrs’ Graveyard, however, New Delhi’s security forces did not allow it. Barb wires and barricades were hastily erected on roads leading to Geelani’s residence to prevent other Hurriyat leaders and the public from attending the funereal prayers. However, slogans against India were continuously raised.

As soon as announcements were made from local mosques to call people for Geelani’s funereal, the occupation forces used coercive measures to dissuade people from coming out of their homes.

Several Hurriyat leaders and activists including Mukhtar Ahmad Waza were taken into custody by the Indian authorities as well. Mobile phone and internet services have also been suspended in the occupied valley.

The All Parties Hurriyat Conference (APHC) leaders had also appealed to the people of the besieged valley to come out of their homes and protest against the Indian regime. They also urged people to hold funerals in absentia for the senior Hurriyat leader across the occupied territory.

The APHC leaders have further asked the people to march towards Eidgah in Srinagar to pay tribute to Geelani and urged the residents of AJK and IIOJK to observe a complete shutdown against Geelani’s ‘custodial killing’.

Geelani was an uncompromising campaigner against Indian rule in the region divided between India and Pakistan since 1947.

He spent years in jail and had been under house arrest for most of the past 11 years. He had been ill for several months with heart and kidney problems.

Geelani was born on September 29, 1929. Geelani was a veteran of Kashmiri politics and the Chairman of Tehreek-e-Hurriyat Jammu and Kashmir and All Parties Hurriyat Conference (APHC).

He was a staunch opponent of the Indian illegal occupation of Jammu and Kashmir and led Kashmiris’ struggle for the right to self-determination. The veteran politician was jailed for nearly 10 years after 1962 and often restricted to his home after that.

Previously, he was a member of Jamaat-e-Islami Jammu and Kashmir but later on founded his own party by the name of Tehreek-e-Hurriyat.

He served as the chairman of All Parties Hurriyat Conference, a forum of freedom parties in Jammu and Kashmir. He was a member of the Kashmir Assembly from the Sopore constituency of Jammu and Kashmir three times (1972, 1977 and 1987).

Following the sad demise of Syed Ali Geelani, Prime Minister Imran Khan announced that Pakistan’s flag will fly at half-mast and a day of official mourning will be observed across the country.__Tribune.com