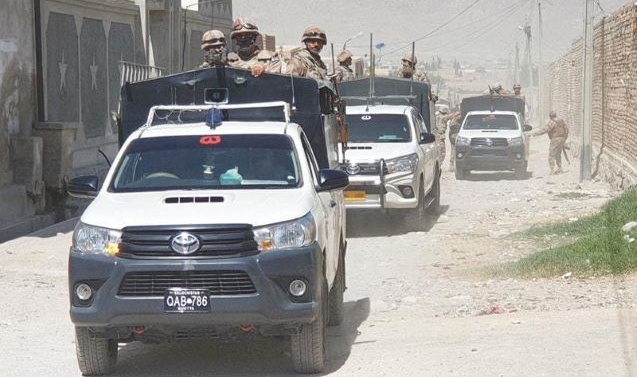 Eleven alleged terrorists belonging to a proscribed organisation were killed during a Counter-Terrorism Department (CTD) operation in Quetta, the capital of Balochistan province.

As per details, CTD team conducted an operation in the Mastung area of ​​Quetta in which 11 terrorists were killed during an exchange of fire.

Arms and ammunition were recovered from the compound used by the alleged terrorists. The identity of the dead terrorists could not be revealed immediately while the bodies were shifted to the hospital.

It should be noted that a few days ago, CTD had a confrontation with terrorists in the area of ​​Kohar Dam Lora Lai. Seven terrorists associated with a banned outfit were killed in the encounter.

Earlier on August 10, five alleged terrorists were killed in a CTD operation on the Western Bypass. Weapons and ammunition were recovered from the compound used by the terrorist__Courtesy The Nation