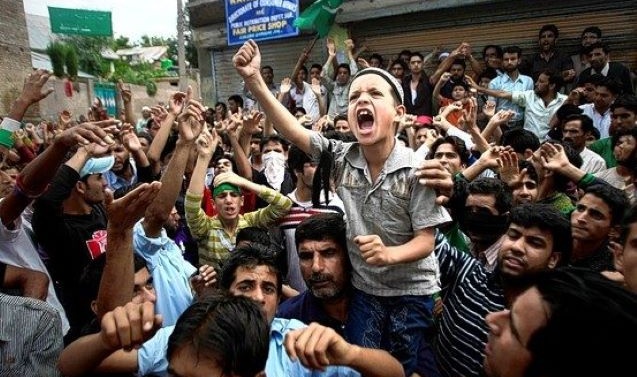 The All Parties Hurriyat Conference (APHC) has expressed concern over the plight of illegally detained Hurriyat leaders and activists languishing in different jails of the territory and India, In Indian illegally occupied Jammu and Kashmir.

According to the Kashmir Media Service, the inhuman treatment meted out to the Kashmiri political detainees had endangered their lives.

He expressed deep concern over the deteriorating health conditions of the political prisoners and lashed out at the Modi-led fascist Indian regime for its brazen violation of prisoners’ rights as guaranteed by the Human Rights Charter of 1948.

Giving details of the deprivation of the basic amenities and atrocities inflicted on the illegally detained resistance leaders and activists, the spokesman said that the suffocating atmosphere, due to overcrowding, in the jails had created multiple problems including scarcity of water, toilet and washing as well as social distancing as required to maintain Covid-19 SOPs. He said that insufficient medical treatment, unhygienic food, 24 hours lock up in death cells, physical violence, non-availability of library and indoor entertainment facilities had made the life of the detainees miserable.

The APHC spokesman expressed concern over the increasing number of jails being set-up for the illegally and arbitrarily detained people in IIOJK. He urged the United Nations Human Rights Council and other human rights organisations to impress upon India to stop widespread random and unlawful detentions and human rights abuses in IIOJK.

He maintained that it had become imperative to settle the Kashmir dispute in accordance with the United Nations resolutions, keeping in view the mass uprising in Kashmir despite the oppressive measures adopted by one million Indian forces’ personnel.

According to Kashmir Media Service, India will have to suffer from a shameful defeat in Kashmir as history is witnessed to the fact that the freedom movements cannot be suppressed forever through use of brute force.

He said that the Modi-led fascist Indian government wanted to suppress the freedom sentiment of the Kashmiri people but it would never succeed in its nefarious designs despite the Indian oppression.

He said, today when the Indian rulers are hell bent upon subduing the passion of Kashmiris, it is the responsibility of every Kashmiri to remain steadfast, forge greater unity in their ranks and continue their struggle for right to self-determination.

Shabbir Ahmad said that the Kashmiri people are engaged in a peaceful struggle to secure their birthright to self-determination, guaranteed to them by the United Nations and the international community.

He added that India had usurped all fundamental rights of the Kashmiri people and it was committing the worst human rights violations in the territory to punish the Kashmiris for challenging its illegal occupation over Jammu and Kashmir.

He appealed to the world community to break its silence on the prevailing human rights situation in IIOJK and put pressure on New Delhi to stop its atrocities on Kashmiris and settle the lingering Kashmir dispute according to the UN resolutions and aspirations of the Kashmiri people.__Daily Times