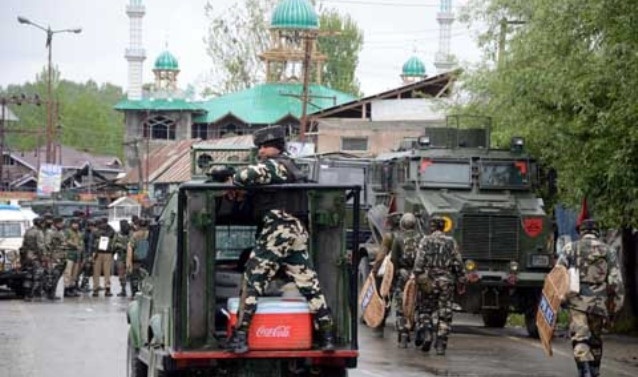 Srinagar, Aug 23: A top commander of LeT and his deputy were killed in a brief shootout in Srinagar on Monday, with the Kashmir police chief describing the killings as a “major success”.

Pertinently, Abbas and Saqib figured in police’s hit list of top 10 militants operating in the valley.

Giving details, Inspector General of Police, Kashmir, Vijay Kumar said that ten policemen in civvies killed the duo. “After information, ten policemen from J&K police in civvies went there and cordoned off the area,” the IGP told reporters in a brief conversation here, as per news agency GNS.

Kumar said that the duo were warned, but they fired upon the police, who retaliated, leading to a gunfight in which they were killed.

The IGP said that Abbas was motivating youth to join militant ranks while Saqib “carried out killings on the instructions of the Abbas.”

A resident of Rampur village in Kulgam, Sheikh, 45, was a top militant commander from the south Kashmir district and one of the oldest militants in the valley, reported GNS.

Previously associated with Hizbul Mujahideen, sources told GNS that Sheikh was part of The Resistance Front (TRF), which police say is a shadow group of Lashkar-e-Toiba (LeT).

Sheikh had escaped several times after breaking the cordon in the last six years. Saqib was resident of Srinagar, as per the report.__Courtesy GK News