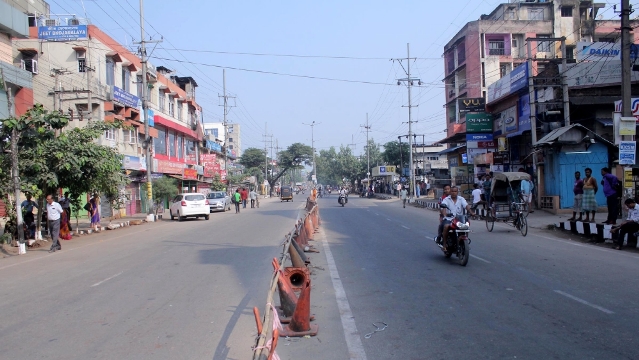 At least five policemen were killed and more than 50 people hurt on Monday in clashes between two Indian states, as a weeks-long territorial dispute in the country’s northeast turned deadly, according to a statement from the government in Assam state.

The leaders of Assam and neighbouring Mizoram, which have been wrangling about their border for decades, blamed each other for the deadly violence.

“It is with a heavy heart that we are constrained to note that what is being termed by the Mizoram side as an intrusion and aggression by Assam, has left 5 Assam Police personnel confirmed dead, and more than 50 injured,” Assam Chief Minister Himanta Biswa Sarma said in a statement, revising its earlier death toll of seven.

“This is sad, unfortunate and speaks volumes about the intention and gravity of the situation,” Sarma posted on Twitter.

Tensions have been building between the two states since last month when officials in Mizoram alleged that Assam police had taken over a border post. Monday’s clash took place near the town of Vairengte.

While Mizoram Chief Minister Zoramthanga did not confirm the deaths, he said in a statement that shots were fired after a 200-strong police force from Assam “forcibly crossed” a duty post.

Zoramthanga, who uses only one name, also claimed the Assam police had damaged vehicles and assaulted unarmed civilians, including a tourist couple.

Both chief ministers mounted a social media campaign to make their cases, sharing videos showing civilians armed with batons clashing with police, cars and vans overturned and another with a couple in a car with broken windows and windscreen.

Shah sought to end the tensions that built up last month and Indian media said he had called the two ministers again on Monday to try to end the violence.

Mizoram said the area claimed by Assam has been used by its people for more than 100 years, but the Assamese insist that a large chunk of land has been forcibly seized.

Assam is ruled by the Bharatiya Janata Party (BJP) of Prime Minister Narendra Modi, while a regional party allied with the BJP governs Mizoram.

The far-flung and resource-rich northeastern region has been a hotbed of ethnic tensions since India’s independence in 1947.

Dozens of tribal groups and rebel armies have demanded greater autonomy or independence from India.

Borders between the seven states in the region are not clearly demarcated, leading to regular disputes over land and assets.__Source Aljazeera