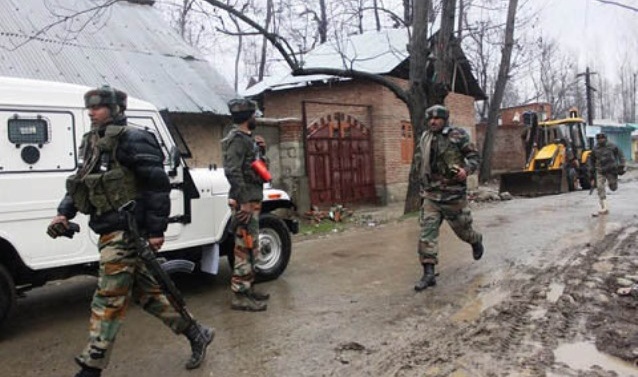 SRINAGAR: A gunfight broke out between militants and security forces in Warpora area of Sopore in north Kashmir’s Baramulla district on Thursday.

A joint team of Police, Army’s 22RR and CRPF launched a cordon and search operation in Warpora following specific inputs about the presence of militants, reported news agency GNS.

As the joint team of forces approached towards the suspected spot, the hiding militants fired upon the forces, triggering off a gunfight.

The officer further said that the surrender option was also given to the trapped militants. However they refused to lay down the arms.__GK