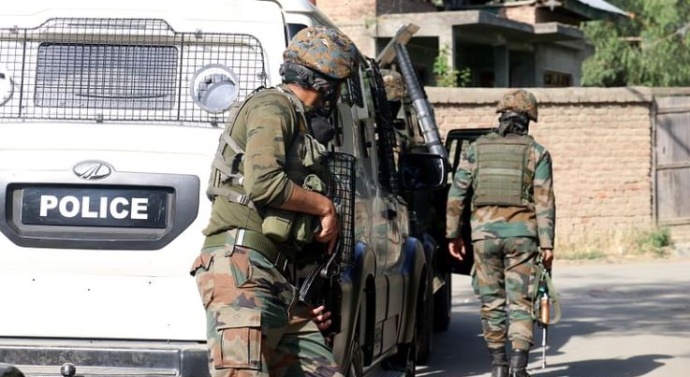 As per a police spokesperson, the gunfight erupted this afternoon shortly after a joint team of police and security forces cordoned the area following a tip off about the presence of militants there.

In the ensuing encounter, three unidentified militants were killed, the police spokesperson said adding the operation is in progress.__GK Web Desk