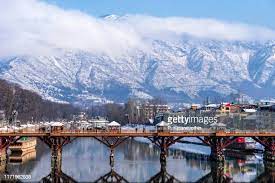 Srinagar, Indian-administered Kashmir – United Nations experts have expressed concern over “repressive measures and broader pattern of systematic infringements of fundamental rights” in Indian-administered Kashmir and asked the Indian government to respond to allegations of rights violations in the disputed region.
In a letter sent to the Indian government at the end of March and made public on Monday, five UN experts sought New Delhi’s response to three main allegations: the “enforced disappearance” of Naseer Ahmad Wani from southern Kashmir’s Shopian district, the “extrajudicial killing” of Irfan Ahmad Dar in north Kashmir’s Sopore, and the “arbitrary detention” of pro-India leader Waheed-Ur-Rehman Para from Pulwama.
In November last year, the letter said, Para, who was arrested by India’s National Investigating Agency (NIA) over “terrorism charges” was allegedly subjected to “ill-treatment” and “abusive interrogations” which lasted 10 to 12 hours a day.
“He was held in a dark underground cell at sub-zero temperature, was deprived of sleep, kicked, slapped, beaten with rods, stripped naked and hung upside down,” said the letter.
“Para was examined by a government doctor three times … and three times by a psychiatrist. He requested medication for insomnia and anxiety,” it added.